Critics may question the timing, the upgrade will create a positive environment for economic and institutional reform roadmap 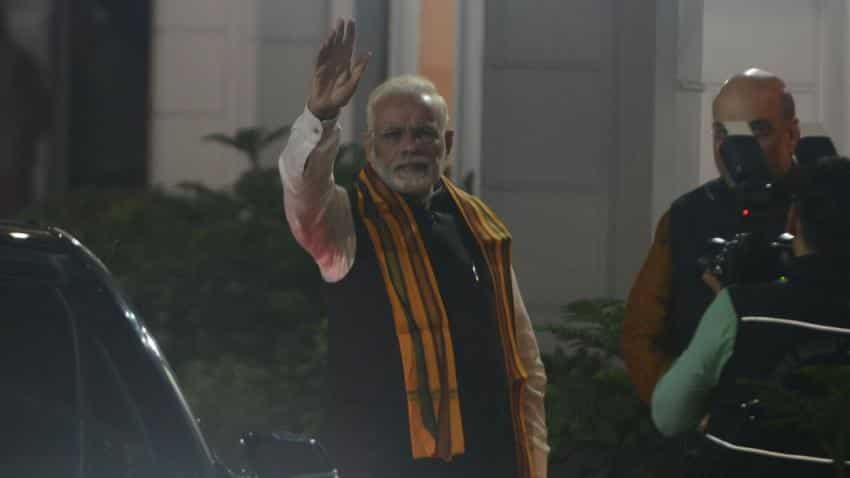 When the Modi government has been facing all-round criticism for its structural reforms programme, Global rating agency Moody’s positive comment on India’s sovereign bond ratings to Baa2 from Baa3 has given it a great relief.

Critics may question the timing when there are lot of concerns over the government`s fiscal discipline, the upgrade will create a positive environment for economic and institutional reform roadmap.

The rating has come after a gap of 13 years - Moody's had last upgraded India's rating to 'Baa3' in 2004, thereby, giving a global credence to the government’s reform initiatives like Goods and Services Tax (GST), bank recapitalisation, Insolvency and Bankruptcy Code (IBC), and monetary policy committee.

Although the agency seems to have recognised India’s macroeconomic strength, the agency statement also cautioned by saying: “While India`s high debt burden remains a constraint on the country`s credit profile, Moody`s believes that the reforms put in place have reduced the risk of a sharp increase in debt, even in potential downside scenarios."

Moody`s took into consideration the recently-introduced GST, saying it will boost productivity by removing barriers to interstate trade. Further, it’s note on GDP growth to moderate to 6.7 percent in the fiscal year ending in March 2018 from 7.1 percent a year earlier is also encouraging.

The quick reaction can be witnessed in India`s markets where bonds and rupee rallied after the upgrade. The benchmark 10-year bond yield dropped 11 basis points, the rupee gained to 64.76 per dollar from 65.3250 at previous close.

Some market participants have also questioned the timing of the move, but Moody’s comment that "longer term, India`s growth potential is significantly higher than most other Baa-rated sovereigns," will perhaps silence them.

India`s bank recapitalisation plan and efforts in this direction by reforming the bankruptcy code have also been recognised as the steps were seen to address key weakness in India`s sovereign credit profile. Last month, the government had announced a $32 billion recapitalisation of public sector banks (PSBs) to help resolve non-performing loans (NPLs) and kick-start lending growth.

The political criticism of the government will continue as the structural reforms have no doubt affected traders and other segment of Indian society, but after Pew survey and Moody’s positive note coming in favour of Prime Minister Narendra Modi, the nation will continue to witness heated exchange of views till 2019 general elections.