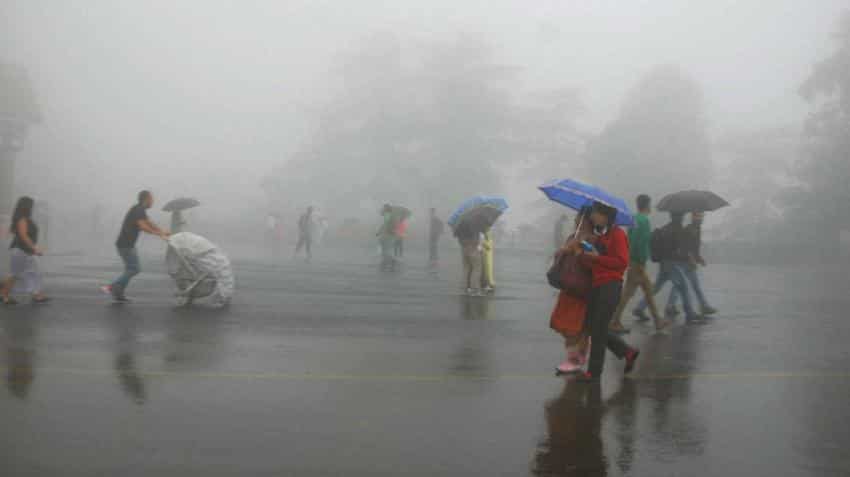 Monsoon rains in India are likely to be unaffected by the El Nino weather pattern, which is likely to set in only after the four-month rainy season ends in September, a leading government weather official said on Thursday. Monsoon season delivers about 70 percent of India's annual rainfall and is key to the success of the farm sector, which accounts for about 15 percent of India`s $2 trillion economy but sustains nearly two thirds of the country`s 1.3 billion people.

"It's a little early to talk about the monsoon season, but there are indications that the current La Nina condition will turn into a neutral phase towards the end of the season," said Madhavan Nair Rajeevan, the leading scientist at India`s Ministry of Earth Sciences, which oversees the country's meteorological department.

A private US-based weather forecaster had said this month that India`s monsoon rains were expected to be slightly below average this year.

India defines average, or normal, rainfall as between 96 percent and 104 percent of a 50-year average of 89 cm for the entire four-month season.

"Since the neutral phase is likely to develop only towards the end of the monsoon season, El Nino could emerge only after the season ends in September, Rajeevan told Reuters.

Monsoon rains lash the southern Kerala coast by June and start retreating from the western state of Rajasthan by September.

El Nino, a warming of ocean surface temperatures in the eastern and central Pacific that typically occurs every few years, faded in 2016 and was linked to crop damage, fires and flash floods.

Before receiving average rains in 2016, India suffered back-to-back drought years for only the fourth time in more than a century, hurting incomes and driving some farmers to suicide.

In 2017 monsoon rains were 95 percent of a long-term average compared with the India meteorological department`s forecast of 98 percent.