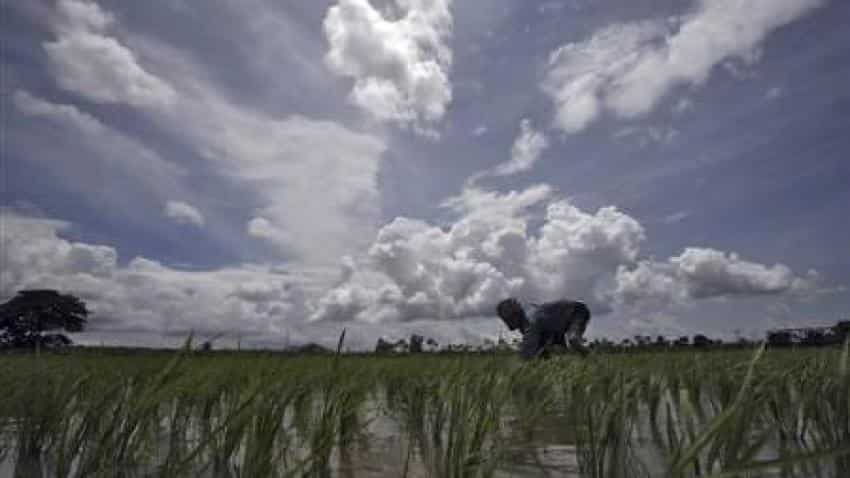 As Monsoon rains hit the southern state of Kerala a few days earlier than normal on Tuesday, this is likely to brighten the country`s outlook for agricultural output and economic growth. As per a PTI report, monsoons deliver about 70 percent of India`s annual rainfall and are the lifeblood of its $2.5 trillion economy, spurring farm output and boosting rural spending on items ranging from gold to cars, motorcycles and refrigerators.

"The southwest monsoon has set in over the southern state of Kerala, three days ahead of its normal date," the state-run India Meteorological Department (IMD) said in a statement.

Here are some of the prevailing meteorological conditions leading to onset of monsoon over Kerala.

a. Widespread rainfall occurred over Kerala, during the past 3-4 days. The 14 rainfall monitoring stations for Monsoon onset over Kerala have reported more than 60% rainfall from 25th May.

b. Westerly winds have strengthened in the lower levels (more than 30 knots) and deepened with Westerly/ West-southwesterly winds upto 600 hPa (approximately upto 4.5km) over the south Arabian Sea (equator to Lat. 10oN and Long. 55oE to 80oE) from today morning.

d. In addition to the above features, the following developments are also noticed:

1. An east-west shear zone runs roughly along latitude 120N (across south peninsula) at 3.1 km above mean sea level.
2. A well-marked low-pressure area lies over the southeast and adjoining east-central Arabian Sea off north Kerala- Karnataka coasts.
3. Another well-marked low-pressure area lies over east-central and adjoining north-east Bay of Bengal. It is likely to concentrate into a Depression during next 12 hours. 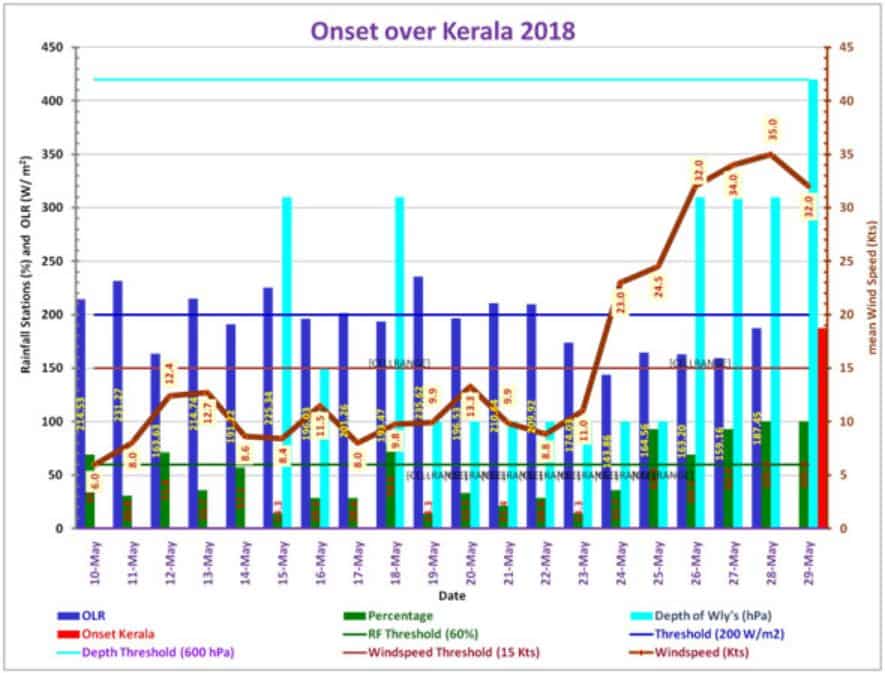 The early arrival of monsoon rains typically enables farmers to bring forward sowing of crops such as rice, sugar cane, corn, cotton and soybeans because nearly half the country’s farmland lacks irrigation.

India`s weather office defines average, or normal, rainfall as between 96 percent and 104 percent of a 50-year average of 89 cm for the entire four-month season beginning June.

Other than boosting farm output and wider economic growth, a spell of roughly average rains could help keep a lid on inflation, potentially tempting Prime Minister Narendra Modi to bring forward a general elections due in May 2019.

Monsoon rains are likely to be unaffected by the El Nino weather pattern, which is expected to set in only after the four-month rainy season ends in September. In 2017, monsoon rains were 95 percent of the long-term average compared to forecasts of 98 percent.

India suffered back-to-back drought years for only the fourth time in more than a century, hurting incomes and driving some farmers to suicide, before receiving average rains in 2016,

Average monsoon rainfall would help India retain its position as the world`s top rice exporter, but could further stoke a glut in supply of sugar.

(with inputs from PTI)