Monsoon rains, the lifeblood for India's farm-dependent $2.6 trillion economy, arrive on the southern tip of Kerala state around June 1 and retreat from the desert state of Rajasthan by September. 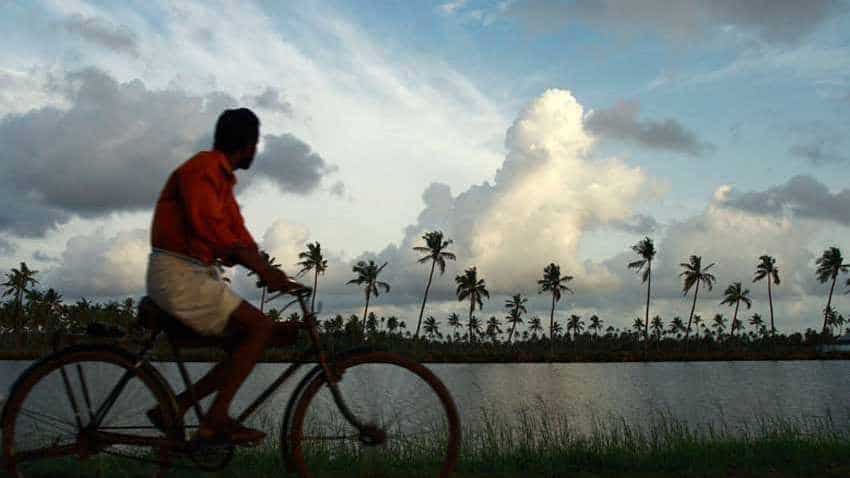 In 2017 and 2018, rainfall was 95 percent and 91 percent of the long-term average respectively. Reuters
Written By: Reuters
RELATED NEWS

Monsoon in UP: Light showers occur in UP

India's monsoon, crucial for Asia's third largest economy, is likely to be a robust and healthy one this year provided there isn't a surprise El Nino phenomenon, the top India Meteorological Department official said on Wednesday.

Monsoon rains, the lifeblood for India's farm-dependent $2.6 trillion economy, arrive on the southern tip of Kerala state around June 1 and retreat from the desert state of Rajasthan by September.

India's 263 million farmers wait for monsoon rains to plant crops such as rice, cane, corn, cotton and soybean because nearly half of the country's farmland lacks irrigation. Farming output makes up just less than 14 percent of India's economy but the sector employs more than half of the country's 1.3 billion population.

"It's really early to talk about the pattern that this year's monsoon will follow, but we do know that practically no one is predicting a strong El Nino," K.J. Ramesh, director general of the state-run India Meteorological Department, told Reuters.

On the downside, higher production could mean farmers continue to get hit by low crop prices, a major cause for concern in rural India in the past two years.

A strong El Nino, marked by a warming of the sea surface on the Pacific Ocean, can cause severe drought in Australia, Southeast Asia and India, while drenching other parts of the world such as the U.S. Midwest and Brazil in rains.

The emergence of a strong El Nino triggered back-to-back droughts in 2014 and 2015, only for the fourth time in over a century, driving some Indian farmers to penury and suicide.

The India Meteorological Department defines average, or normal, rainfall as between 96 percent and 104 percent of a 50-year average of 89 cm for the entire four-month season beginning in June.

The IOD phenomenon is characterised by higher sea-surface temperatures in the Indian Ocean. A positive IOD creates a barrier in the eastern Indian Ocean and all the southwesterly winds blow towards the Indian sub-continent, causing rains in the country.

The India Meteorological Department is likely to make its first official forecast of this year's monsoon rains by the middle of April.

Monsoon in UP: Light showers occur in UP