Indian Railways cancelled trains: Railways has taken precautionary measures by fully cancelling as many as 152 trains across India. There were 89 trains partially cancelled so far. 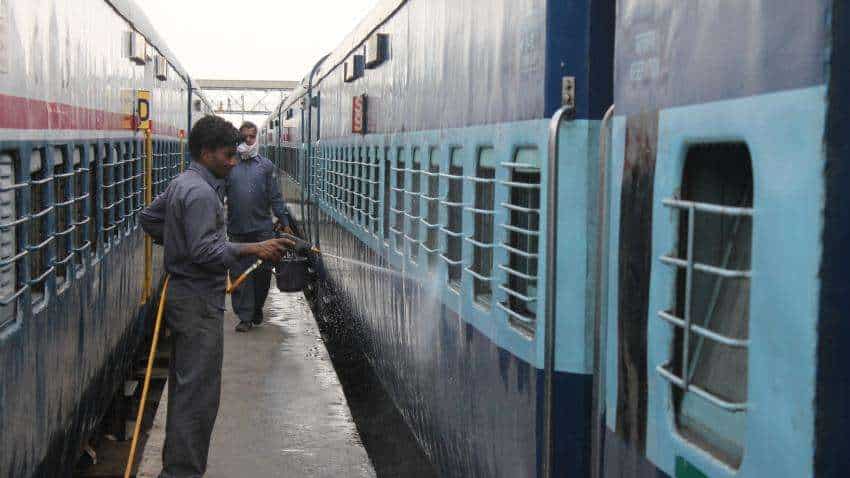 It is Monsoon time in India and the first month of this season has already caught the Indian Railways out and caused many citizens to be inconvenienced. Heavy showers today, especially in regions like Mumbai, Goa and Gujarat and even in north and south India, affected the scheduled run of many trains. While the Monsoon is a good time for Indian farmers, heavy rains become a cause of concern for transporters like airlines and Railways. Therefore, today, due to heavy rains, Railways has taken precautionary measures by fully cancelling as many as 150 trains across India. There were 89 trains partially cancelled so far.

Western Railway General Manager A.K. Gupta reportedly left for the affected track sites between Bhilad-Sanjan (south Gujarat), even as several mail and express trains bound for Mumbai and from Mumbai to various destinations like Gujarat and Delhi, were delayed at various points en route.

The trains are cancelled due to various reasons like foggy weather, technical problems and accidents like derailment.

According to Skymet Weather report today, during the last 24 hours, heavy to extremely heavy rains occurred over Konkan & Goa

Skymet gives weather conditions across the country and looking at their information, rains are going to impact our journey domestically. The heavy cancellation of trains will continue further.

According to Skymet, here’s a list of disturbances surrounded in India currently.

A Western Disturbance is over Northwest Pakistan.

A cyclonic circulation is over North Konkan & Goa and adjoining South Gujarat. A trough is extending from the Western Disturbance to this circulation across central Pakistan and Gujarat.

An off-shore trough is running from South Gujarat to Kerala.

A cyclonic circulation is also over Northwest Uttar Pradesh.

Another cyclonic circulation is over Sub-Himalayan West Bengal and adjoining Assam.

A cyclonic circulation is persisting at mid-levels over Northwest Bay of Bengal.

In case if you are travelling today across India, you might want to have a look at the list of trains cancelled in order to avoid inconvenience.