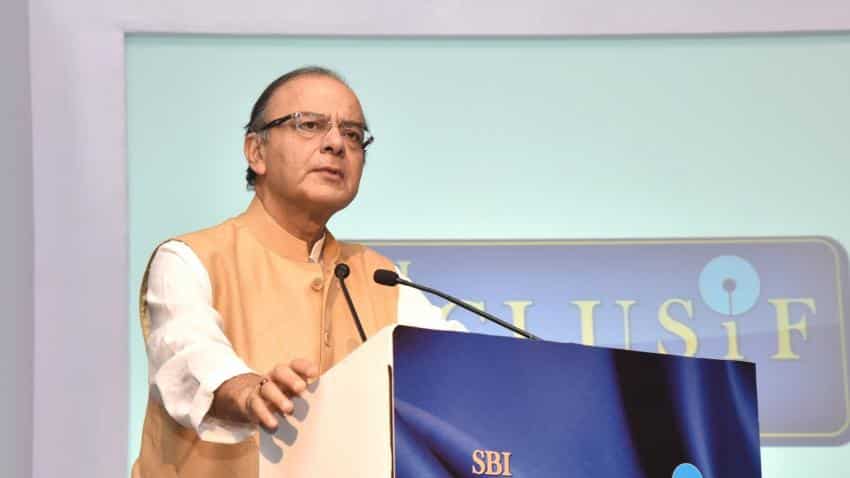 "The money that is being deposited in cash form after demonetisation... now the anonymity of that money is gone," FM Arun Jaitley said at the DigiDhan Mela event to promote cashless transactions. Image Source: IANS
Written By: IANS
RELATED NEWS

Describing the currency being deposited in banks following last month`s demonetisation of high-value notes as money that has lost its earlier "anonymity", Finance Minister Arun Jaitley on Sunday said these funds now available with the banks have strengthened the Indian banking system.

"The money that is being deposited in cash form after demonetisation... now the anonymity of that money is gone," Jaitley said at the DigiDhan Mela event to promote cashless transactions.

"When this money comes into the system, the banking system becomes stronger and there are funds available for rural development, social welfare programmes," he said.

"Money in the system becomes part of the taxation system too. The long-term benefit of this move is that the shadow, the parallel economy, which was not taxed, of which there was no accounting, which was not answerable, that is now becoming part of the economic system," the Finance Minister told a jam-packed Vigyan Bhavan hall.

On November 8, the government announced that currency notes of Rs 1,000 and Rs 500 were no longer legal tender, saying the move was aimed against black money, counterfeit currency and terror financing. Citizens have till December 30 to deposit their old currency in banks.

Jaitley insisted that digitisation of economy would lead to a better, bigger and cleaner economy.

Taking a jibe at the opposition and sections of media, he said the general public has understood the benefits of demonetisation and less cash economy, but "some politicians and media usually understand things late".

Underlining various measures taken by the government to encourage digital transactions, Jaitley clarified that even after December 31, consumers would have to pay no extra charge for using debit/credit card to pay bills.

At the event, the transaction codes of the 15,000 winners of the Lucky Grahak Yojana were made public.

The winners, who made digital transactions between November 9 and December 21 using RuPay, UPI, AEPS or USSD code, would get the prize money credited to their bank accounts in the next 72 hours.