The announcement will come as a big boost for the PM Narendra Modi led NDA government, which had long been asking for the RBI to cut the repo rate. 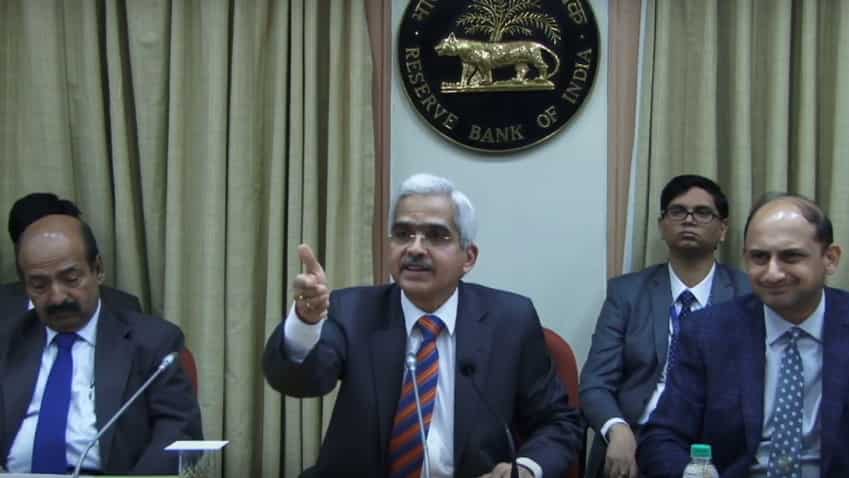 In its first monetary policy review as Governor of RBI, Shaktikanta Das along with other MPC members decided to cut repo rate by 25 basis points. Photo: RBI Press Conference Youtube

In its first monetary policy review as Governor of RBI, Shaktikanta Das along with other MPC members decided to cut repo rate by 25 basis points, with policy stance to neutral from calibrated tightening. The vote for a rate cut was decided with 4 MPC members in favor, while 2 deputy governors opted for status quo. Now, finally the policy repo rate stands at 6.25%, which was last seen before June, 2018 policy. It comes as a good news for citizens  in form of their borrowings. Also, banks can now rejoice as their fund borrowings from RBI gets cheap. The announcement will come as a big boost for the PM Narendra Modi led NDA government, which had long been asking for the RBI to cut the repo rate.

Experts have reacted on this monetary policy, this is what you should know.

RBI following its own rule - both recent history and forward guidance made a compelling case for the rate cut. Going by the guidance, room for further rate cut is there. Growth back in the RBI’s vocabulary, not as a risk to price stability but as a legitimate target. Fiscal concerns and the inflationary consequences seems to be underplayed.

MPC has clearly responded to the slack in financial markets in its credit policy. As the political cycle intensifies, monetary authorities have the onus to ensure financial sector stability and RBI seems to be focussed on it in deciding to cut the rates and complimenting it with other announcements regarding NBFCs credit assessment, raising limits for FPI for CP investments etc. There was a space created by lower headline inflation and RBI has used that space to support financial activities. With lower projections of inflation and growth going forward, there are all indications that MPC will look for opportunities to cut further in the cycle if space is available.

RBI has given a boost to markets as it cuts the rate by 25 BPS hence a change is stance is seen of RBI from calibrated tightening previously to "neutral".

This rate cut means a lot for the market as it is announced post budget. With clear words from RBI, the rate cut has accounted for every phenomenon. The recent changes in the tax rates, the relaxations, GST and the expense and the revenue of the budget. Though it primarily aims to keep inflation in a tab and boost growth, this is a much-needed breather for market and specifically interest rate sensitive sectors like Housing, Automobile, and also it will to an extent try to settle the dust of recent liquidity crunch that happened post the ILFS fiasco.

RBI rate cut with 0.25 BPS. RBI is doing in line with government prospective. Governments wanted a rate cut for further growth in economy. This will give boost to industry. But it also depends on Banks and lenders, will they pass on the benefit to their clients. Most of the brokerage firms expecting a rate cut between 0.25 - 0.50 BPS. From stock market point of view, it is already discounted in indices.

Traders are looking to book some profit from here which can dive indices to lower levels. Whereas, on Monday’s derivative data shows the PCR which stood at 1.61 which indicates, market has a limited upside zone in near term & also highest open interest concentrates in between 11000-11100 CE strikes level.

With an extremely benign inflation reading and limited risks to upside and with the INR having stabilized, it was it was clear to us that the time is right to provide the much-needed support to economic growth. This could also be gauged from the RBI policy announcement, where members unanimously voted in favour of changing their policy stance to Neutral from that of Calibrated Tightening.

To our mind, it was only a matter of whether rates were cut in today’s meeting or the during the next policy meet of RBI. In our recent strategy note post Union Budget, we opined that while the Central Bank will take cognizance of the budgeted pause in the fiscal deficit glide, it will not hold back from cutting the Repo rate.

The RBI chose to cut Repo by 25 basis points in today’s policy itself, with four members (including the Governor) favouring a rate cut while two members opted for status quo on rates. We welcome this decision and believe that the present situation opens up doors for more rate cut action in the year 2019.