State-run State Bank of India (SBI) Chairman Rajnish Kumar said on Monday that he does not expect the RBI to cut interest rates. 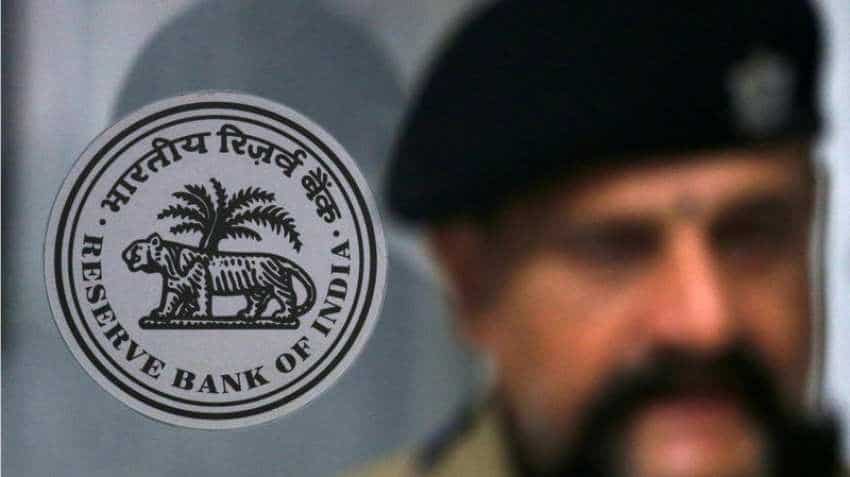 According to Edelweiss Securities, the MPC may get enough room to change its stance and possibly go for a rate cut. Reuters

The Reserve Bank of India is widely expected to keep its key lending rate for commercial banks unchanged at 6.5 per cent for the third time in succession when it makes the fiscal`s final bimonthly monetary policy review announcement on Thursday, but could change its stance from `calibrated tightening` to `neutral`.

The RBI's monetary policy committee`s (MPC) three-day meeting got under way here on Tuesday, presided for the first time by new Governor Shaktikanta Das, the former Economic Affairs Secretary, who was appointed to the post in December after the abrupt resignation of Urjit Patel following a prolonged period of tension between the government and the central bank.

State-run State Bank of India (SBI) Chairman Rajnish Kumar said on Monday that he does not expect the RBI to cut interest rates.

"I think the Committee may maintain its stance to neutral but I`m not expecting a rate cut," Kumar told reporters on the margins of a bank event in Bengaluru.

With the domestic inflation situation within the targets, the RBI could be "accommodative", he said.

"The liquidity support required will be given by the RBI as it has indicated before. As of now, the domestic inflation situation is within the targets. In such scenario, I think RBI will be more accommodative," Kumar added.

According to Edelweiss Securities, with headline inflation remaining below the central bank`s projections, domestic growth momentum slowing and the global rate cycle peaking, the MPC may get enough room to change its stance and possibly go for a rate cut.

However, the Edelweiss note also said that "what could hold RBI`s hand this time is its desire to avoid a knee-jerk change in stance from `calibrated tightening` to a rate cut. Also, and more importantly, it may want to tread cautiously for now as core inflation remains elevated."

"The US Fed has taken a decisively dovish turn in the past two months, indicating that global rates have peaked out. Finally, domestic growth momentum has also moderated. All this calls for easier monetary policy," it added.

At its last MPC meeting in December, the committee had unanimously voted to hold the RBI`s repo, or repurchase, rate and keep the central bank stance unchanged, citing risks to inflation.

India`s retail inflation in December eased to 2.19 per cent from a rise of 2.33 per cent in November.

The December monetary policy said that even as inflation projections have been revised downwards significantly and some of the risks pointed out in the last resolution have been mitigated, especially of crude oil prices, several uncertainties still cloud the inflation outlook.

"The MPC noted that the benign outlook for headline inflation is driven mainly by the unexpected softening of food inflation and collapse in oil prices in a relatively short period of time. Excluding food items, inflation has remained sticky and elevated, and the output gap remains virtually closed," the then Governor Patel had said at the post-meeting press conference.

Adding to inflationary pressures would be the fact that following a prolonged period of fall, global crude prices have been rising sharply since the implementation of output cuts by OPEC and non-OPEC producers from January 1.

Besides, official data showed on Monday that India`s budgetary fiscal deficit for the April-December period stood at Rs 7.01 lakh crore, having crossed 112 per cent of the budgeted target of Rs 6.24 lakh crore.

The upcoming policy review comes in the backdrop of an interim Budget presented on February 1 by the government in an election year with massive doles to farmers and major tax cuts to be financed by larger government borrowing and with implications for the fiscal deficit.