Reserve Bank of India (RBI) in its bi-monthly monetary policy review slashed repo rate and reverse repo rate by 25 basis points. The central bank projects inflation to be in range of 2-3.5% in H1FY18 and 3.5-4.5% in H2FY18 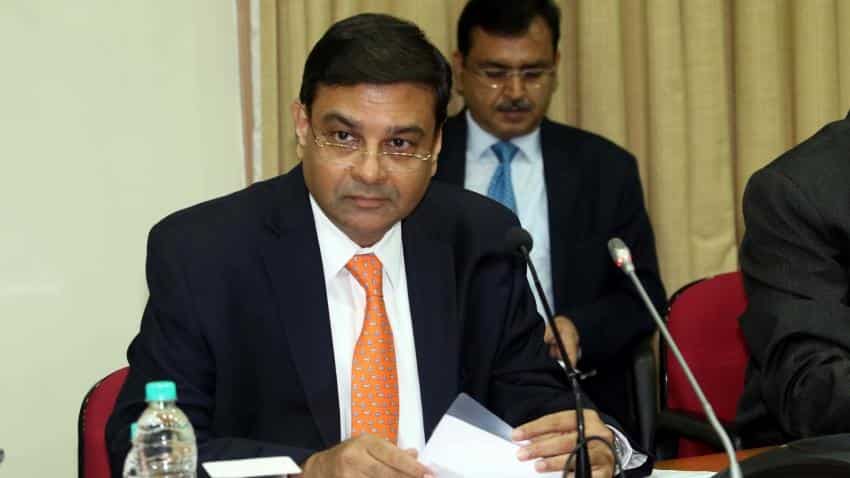 Keeping policy stance neutral, Reserve Bank of India (RBI) on Wednesday slashed key rates by 25 basis points. The policy repo rate under the liquidity adjustment facility (LAF) was reduced from 6.25% to 6% with immediate effect. Consequently, the reverse repo rate under the LAF stands adjusted to 5.75% from 6%, and the marginal standing facility (MSF) rate and the Bank Rate to 6.25%.

Here are the five key points, RBI said in this monetary policy review:

Surplus liquidity conditions persisted in the system, exacerbated by front-loading of budgetary spending by the Government. There was also some moderation in the pace of increase in currency in circulation (CiC) which is typical at this time of the year – as against the increase of Rs 1.5 trillion in CiC during the first two months of 2017-18, it was Rs 436 billion and Rs 95 billon during June and July, respectively.

Normally, currency returns to the banking system in these months and is reflected in a decline in CiC; consequently, the increase in CiC recorded this year reflects the sustained pace of remonetisation and the associated absorption of liquidity from the system. Surplus liquidity of Rs 1 trillion was absorbed through issuance of treasury bills (TBs) under the market stabilisation scheme (MSS) and Rs 1.3 trillion through cash management bills (CMBs) on a cumulative basis so far this financial year. Enduring surplus conditions warranted outright open market sales of Rs 100 billion each on two occasions in June and July.

The second bi-monthly statement projected quarterly average headline inflation in the range of 2.0-3.5% in the first half of the year and 3.5-4.5% in the second half. The actual outcome for Q1 has tracked projections. Looking ahead, as base effects fade, the evolving momentum of inflation would be determined by (a) the impact on the CPI of the implementation of house rent allowances (HRA) under the 7th central pay commission (CPC); (b) the impact of the price revisions withheld ahead of the GST; and (c) the disentangling of the structural and transitory factors shaping food inflation.

The inflation trajectory has been updated taking into account all these factors and incorporates the first round impact of the implementation of the HRA award by the Centre.

External demand conditions are gradually improving and should support the domestic economy, although global political risks remain significant. Keeping in view these factors, the projection of real GVA growth for 2017-18 has been retained at the June 2017 projection of 7.3 per cent, with risks evenly balanced.

On the state of the economy, the MPC is of the view that there is an urgent need to reinvigorate private investment, remove infrastructure bottlenecks and provide a major thrust to the Pradhan Mantri Awas Yojana for housing needs of all. This hinges on speedier clearance of projects by the States. On their part, the Government and the Reserve Bank are working in close coordination to resolve large stressed corporate borrowers and recapitalise public sector banks within the fiscal deficit target. These efforts should help restart credit flows to the productive sectors as demand revives.

Imports of coal, electronic goods, pearls and precious stones, vegetable oils and machinery also accelerated. As import growth continued to outpace export growth, the trade deficit at US$ 40.1 billion in Q1 was more than double its level a year ago. Net foreign direct investment doubled in April-May 2017 over its level a year ago, flowing mainly into manufacturing, retail and wholesale trade and business services. Foreign portfolio investors made net purchases of US$ 15.2 billion in domestic debt and equity markets so far (up to July 31), remaining bullish on the outlook for the Indian economy. The level of foreign exchange reserves was US$ 392.9 billion as on July 28, 2017.