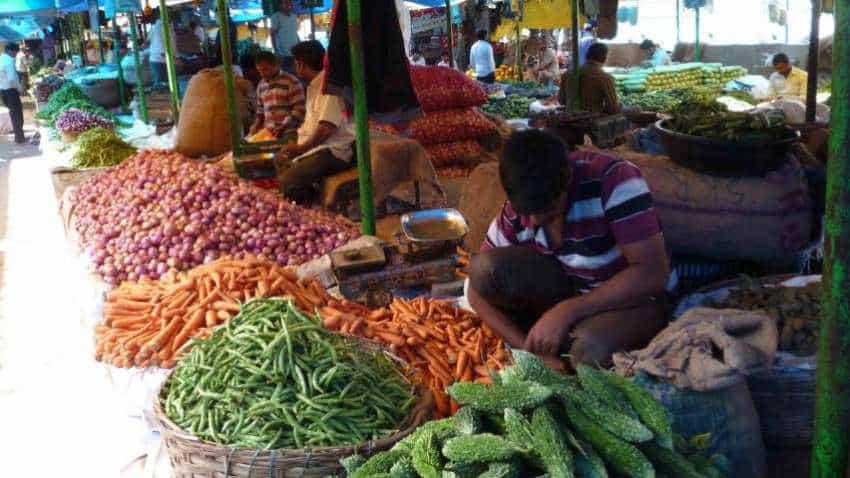 RBI highlighted that, retail inflation, measured by y-o-y change in CPI, remained unchanged in April, at its March level of 2.9 per cent Photo: IANS

For the third time in a row, Reserve Bank of India (RBI) has cut policy repo rate and this time it has been by 25 basis points. It also pointed out some interesting facts about CPI Inflation. RBI's policy decision making is set by inflation performance. The latest Consumer Price Index (CPI) or retail inflation numbers are slightly up at 2.92% in April 2019 compared to 2.86% in March 2019. In June 2019 policy, RBI had raised its inflation target for 1HFY20. This is due to factors like vegetable prices, overall inflation indexes, household, etc.

In June 2019 policy, RBI highlighted that, retail inflation, measured by y-o-y change in CPI, remained unchanged in April, at its March level of 2.9 per cent, with higher inflation in food and fuel groups being offset by lower inflation in items excluding food and fuel.

The April food inflation print showed an increase to 1.4 per cent from 0.7 per cent in March. Within the food group, vegetables moved out of nine months of deflation. However, three sub-groups, viz., fruits, pulses and sugar, remained in deflation in April, though the extent of deflation moderated. Among other food sub-groups, inflation in prices of milk, oils and fats, spices, non-alcoholic beverages and prepared meals moderated, while inflation in meat, fish and eggs prices ticked up.

Going forward, RBI said, "baseline inflation trajectory for 2019-20 is shaped by several factors." There were four pointers mentioned by RBI. These are:

First, the summer pick-up in vegetable prices has been sharper than expected, though this may be accompanied by a correspondingly larger reversal during autumn and winter. More recent information also suggests a broad-based pick-up in prices in several food items. This has imparted an upward bias to the nearterm trajectory of food inflation.

Second, a significant weakening of domestic and external demand conditions appear to have led to a sharp broad-based decline of 60 bps in inflation excluding food and fuel in April; this has imparted a downward bias to the inflation trajectory for the rest of the year.

Thirdly,  crude prices have continued to be volatile. However, its impact on CPI inflation has been muted so far due to incomplete pass-through.

Finally, near-term inflation expectations of households have continued to moderate.

From the new predictions it can be understood that, CPI Inflation is set to rise in the first half of FY20, as RBI has lowered its target for second half of the fiscal.