Warning the retail bankers for not passing on the rate cut benefits to the customers the RBI Governor vowed to take stringent actions against the retail banks. 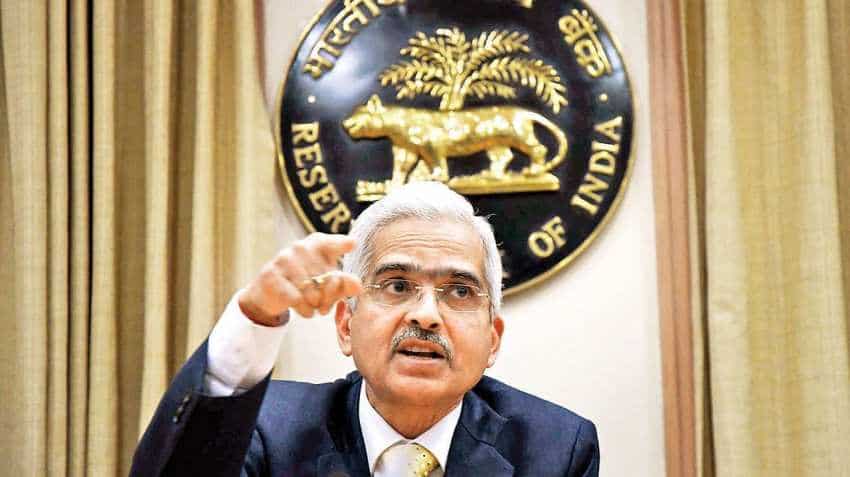 Warning the retail bankers for not passing on the rate cut benefits to the customers the RBI Governor vowed to take stringent actions against the retail banks if needed. Photo: PTI
Written By: ZeeBiz WebTeam
RELATED NEWS

Addressing the media after Reserve Bank of India's second bi-monthly policy meeting, RBI Governor Shaktikanta Das said that the central bank will not hesitate to take any measure which is required to maintain the financial stability of the system including, shot-term, medium-term and long term. Thanking the MPC members, Das said, "I thank the MPC members and pleased to inform that all MPC members have agreed to reduce the key Repo Rate by 25 bps to 5.75 per cent and change its stance from neutral to accommodative."

Das added that the central bank is going to wave off RTGS and NEFT charges being levied on online fund transfer via netbanking citing, "The MPC has decided to waive-off RTGS and NEFT charges being levied for online bank transfer." The statements came after the central bank decided to move its stance from 'neutral' to 'accommodative' as all six members of the committee agreed to cut the Repo Rate by 25 bps to 5.75 per cent. The RBI Governor said that southwest monsoon has been predicted by the IMD to be normal that is good for the foodgrain production.

On Exim status, Shaktikanta Das said that Indian exports grew in 0.6 pct in April 2019 citing, "Exports grew by 0.6 per cent in April 2019 while imports grew at a somewhat accelerated pace leading to widening of the trade deficit."

Warning the retail bankers for not passing on the rate cut benefits to the customers the RBI Governor vowed to take stringent actions against the retail banks if needed citing, "As far as the liquidity is concerned, the RBI won't hesitate taking action in regard to the liquidity."

On February 7 and April 4, the central bank had reduced the key lending rate by 25 basis points to infuse liquidity and push growth. Repo rate is the rate at which the RBI lends money to commercial banks. A repo rate cut allows banks to reduce interest rates for consumers on loans, and lowers equal monthly instalments on home loans, car loans and personal loans.