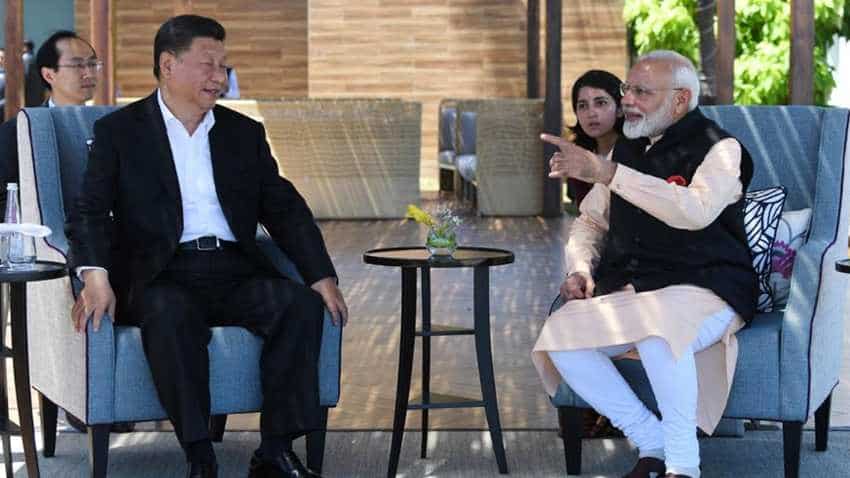 Chinese President Xi Jinping on Saturday departed from Mahabalipuram, the UNESCO world heritage site that was the site of the second informal summit with Prime Minister Narendra Modi. The one-on-one talks between the two leaders that began on Friday lasted for over six hours. Both sides also held delegation-level talks on Saturday. Xi will now proceed to Kathmandu for two-day state visit to Nepal. Modi waved goodbye to the Chinese entourage at the Mahabalipuram venue.

Also, Prime Minister Narendra Modi on Saturday said that last year`s Wuhan summit had increased the stability in ties with China and had given it a fresh momentum, but the `Chennai connect` forged from their current Mahabalipuram informal summit will see the launch of a new era in bilateral cooperation.

In his opening statement on the second day of the informal summit with Chinese President Xi Jinping here, odi said the Wuhan summit helped to increase the strategic communication between the two sides. He said that both sides have agreed to prudently manage their differences, and not allow them to become disputes, remain sensitive to each other`s concerns, and that India-China ties will lend stability and peace to international ties.

These are major achievements of both sides, and we should strive for further progress in this direction, Modi said. Both of us have held in depth discussions on important issues during our Chennai connect, he added.

"The Wuhan spirit has given a new momentum to our ties, and lent it trust. The Chennai connect, will see a new era being launched in our bilateral cooperation," Modi said.

Xi, in his opening remarks, said he was "really overwhelmed" by the hospitality at Mahabalipuram. "We feel the Indian government and state and people of Tamil Nadu cherish friendly sentiment towards the Chinese government and people, through their sincere welcome to us." He said his visit to Mahabalipuram was a "memorable experience" for him and the visit would have "far reaching impact" for the Chinese people. He said the Chinese media has published a lot of articles on the friendly relations between the two countries. Xi said that last year Modi had proposed the format of the informal summit, which they held in Wuhan. He said the Wuhan summit "continues to produce visible progress" and is an effective mechanism to resolve bilateral issues. It has led to closer cooperation between the two sides. "We made the right decision to have this kind of informal summit and we can continue with this form" of interaction, the Chinese President said. He said China and India continued to maintain and grow their ties.

"Yesterday and today we engaged in candid discussion as friends, and on our bilateral relations, we had in-depth engagements and good discussion. I am happy and really enjoyed our conversation so far, and look forward to more in-depth discussions in the delegation level talks. I may follow up on some of the proposals of our discussions of yesterday," Xi added.