Modi to become PM again in 2019, surveys say: How it will affect growth, Sensex, investors

Countdown to 2019 Lok Sabha elections has started. Opinion polls have predicted loss of seats for the ruling BJP-led NDA regime at the Centre but it will be able to once again form the government in 2019. 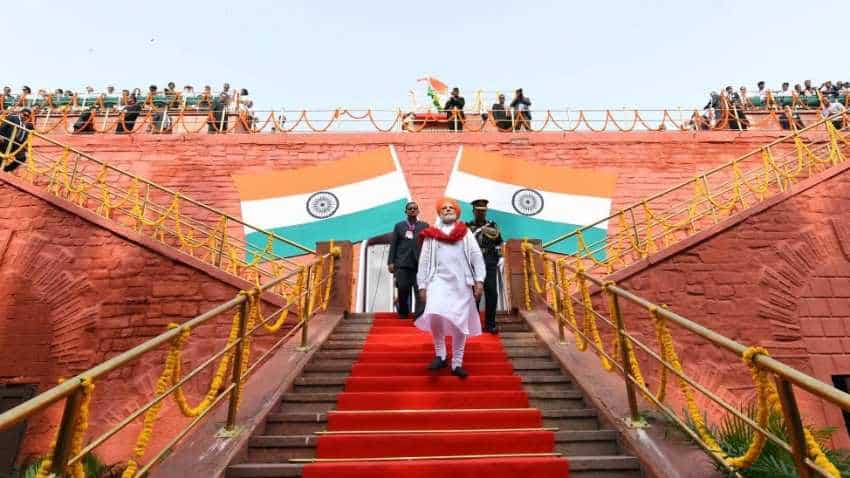 The effect of Modi's return to power is predicted positive for growth and the markets, several experts and research agencies have predicted in the last many months. Image source: narendramodi.in
Written By: Rajeev Kumar
RELATED NEWS

Countdown to 2019 Lok Sabha elections has started. Opinion polls have predicted loss of seats for the ruling BJP-led NDA regime at the Centre but it will be able to once again form the government in 2019 under the leadership of Prime Minister Narendra Modi. As per India Today's Mood of the Nation survey, BJP may lose some seats but eventually, Modi-led NDA will retain power. It says BJP will likely slide to 245 seats from 282 it had won in 2014.

Earlier, ABP News C-Voter survey had said the BJP is likely to lose all three upcoming state assembly elections in Madhya Pradesh, Chhattisgarh and Rajasthan but Modi factor will swing votes in favour of the saffron party in 2019 Lok Sabha elections next year.

The effect of Modi's return to power is predicted positive for economic growth and the markets, several experts and research agencies have predicted in the last many months. It may be otherwise if he fails the 2019 test.
John Chambers, a former executive chairman and CEO of CISCO, had told reporters last month that India's "impressive development and inclusive growth" would be at risk if Modi is not re-elected. He said that India has the opportunity to become the strongest growth-inclusive country in the world.

"I think it would be a major risk not to give him a chance to finish that vision," Chambers was quoted as saying by PTI. Recently, Global investment bank Morgan Stanley had predicted that Sensex could cruise to 44,000 if the Lok Sabha election result is strong.

"The market starts believing in a strong election result as well, and the earnings growth will accelerate to 29 per cent in FY19 and 26 per cent in FY20,” Morgan Stanley had said in a weekend note. If these calculations are true, Modi would need to power BJP near majority or at least to a situation where he would not have to get weakened by unpredictable allies.

The investment bank had previously predicted that 2019 polls would throw up a weaker coalition government. It had said if any of the national parties win more than 260 seats it would be an absolute majority and the investors could go slow on getting defensive if they expect something like this is to happen. The report had presented another scenario when a national party would get a weak majority if it wins over 220 seats but less than 260. In such case, it recommended consumer staples and discretionary, information technology and materials stocks to investors.

The recent opinion poll predicts BJP to end up somewhere between a weak and absolute majority. However, one factor could change it all. All opinion polls have so far shown astronomical support for Modi as the prime ministerial candidate. When people go to vote for the next PM in 2019, Modi's huge popularity could swing BJP nearer to the absolute majority. However, there is still a lot of time left for the next Lok Sabha elections and the mood of the nation can change, even in a day!