Modi roars! PM to appear on Man vs Wild with Bear Grylls: When and where the episode will air on TV

Prime Minister Narendra Modi is set to appear in an episode of popular television programme "Man Vs Wild", which aims to create awareness about animal conservation and environmental change. 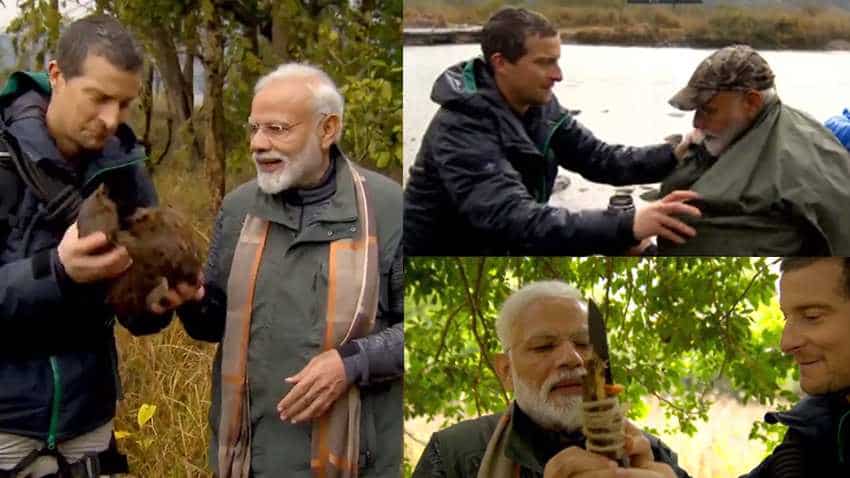 Prime Minister Narendra Modi is set to appear in an episode of popular television programme "Man Vs Wild", which aims to create awareness about animal conservation and environmental change. The special episode of the show featuring Prime Minister Narendra Modi was recently launched in the Jim Corbett National Park and will throw light on wildlife conservation, highlighting issues related to environmental change. The programme can be seen by viewers in 180 countries. Along with PM Modi, adventurer and television presenter Edward Michael Grylls, popularly known as Bear Grylls, will also appear in the episode.

When and where to watch Man vs Wild with Bear Grylls TV show?

Man vs Wild airs on Discovery Channel. The episode featuring PM Modi will also broadcast on the same channel on August 12. It will be aired at 9 pm. In a statement, PM Modi said that he has in the natural habitat for many years and was inclined to take part in the show, when asked.

"For years, I have lived among nature, in the mountains and the forests. These years have a lasting impact on my life. So, when I was asked about a special programme focusing on life beyond politics and that too in the midst of nature I was both intrigued and inclined to take part in it," the Prime Minister said in a statement.

People across 180 countries will get to see the unknown side of PM @narendramodi as he ventures into Indian wilderness to create awareness about animal conservation & environmental change. Catch Man Vs Wild with PM Modi @DiscoveryIN on August 12 @ 9 pm. #PMModionDiscovery pic.twitter.com/MW2E6aMleE

The prime minister added that this show presents a great opportunity to showcase to the world India`s rich environmental heritage and stress on the importance of environment conservation and living in harmony with nature. "It was a great experience spending time in the jungle once again, this time with Bear, who is blessed with indefatigable energy and quest to experience nature at its purest," Modi added.

Meanwhile, Grylls said that he is privileged to be taking "Prime Minister Modi on an adventure into the Indian wilderness".

Grylls also posted a short video of the promos of the programme. The announcement comes on the occasion of International Tigers Day, celebrated each year on July 29.