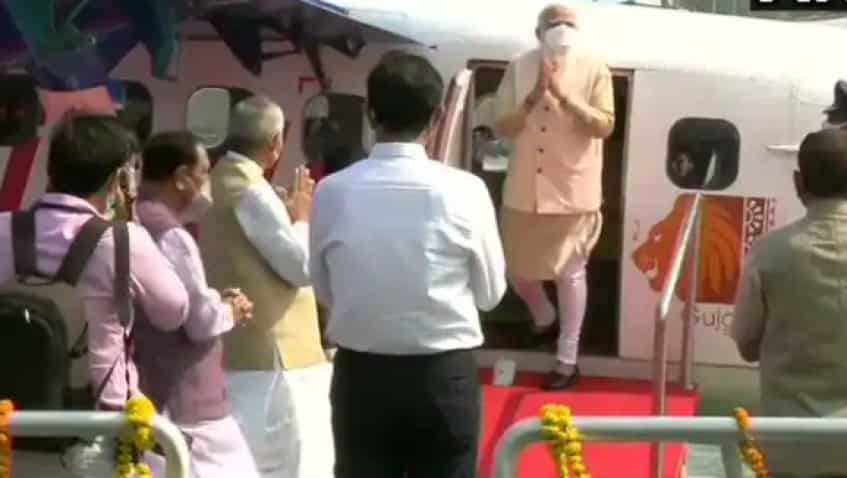 He inaugurated the service by boarding the first flight from Sardar Sarovar in Kevadia to Sabarmati riverfront in Ahmedabad. ANI
Reported By: IANS
Written By: IANS
RELATED NEWS

Prime Minister Narendra Modi inaugurated the country`s first seaplane service in Gujarat on the 145th birth anniversary of Sardar Vallabhbhai Patel on Saturday. He inaugurated the service by boarding the first flight from Sardar Sarovar in Kevadia to Sabarmati riverfront in Ahmedabad.

Modi boarded the flight from Kevadia on the second and last day of his Gujarat tour. From there, he reached the Sabarmati riverfront. This seaplane service connects the Sabarmati riverfront at Ahmedabad to the Statue of Unity at Kevadia. The distance of two hundred kilometres between Kevadia and Sabarmati will be covered in just 45 minutes by the seaplane.

Earlier, the Prime Minister during his address on Sardar Patel`s birth anniversary said: "Today, seaplane service from Sardar Sarovar to Sabarmati riverfront is also going to be launched. To see the Statue of Unity, the countrymen will now also have an option of seaplane service. All these efforts are going to give a big boost to tourism in this area.