PM Narendra Modi led NDA government notched up yet another success in Parliament. The Insolvency and Bankruptcy Code (Amendment) Bill, 2019 was passed by Parliament on Thursday. 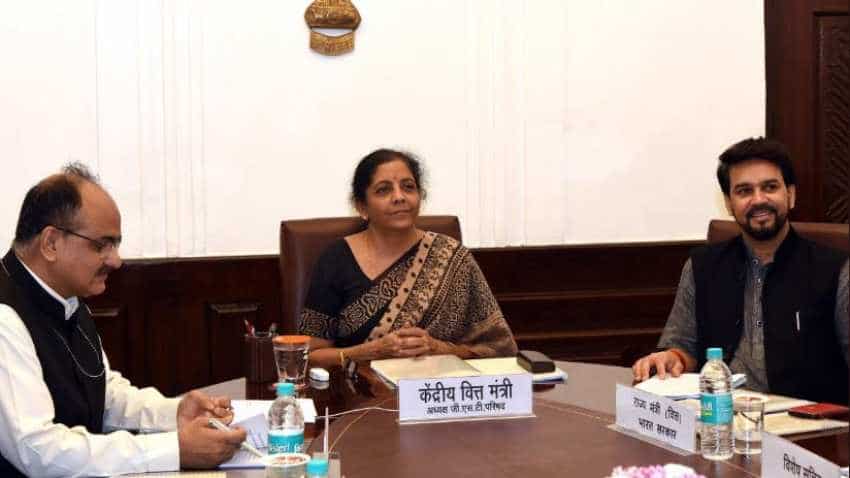 PM Narendra Modi led NDA government notched up yet another success in Parliament. The Insolvency and Bankruptcy Code (Amendment) Bill, 2019 was passed by Parliament on Thursday. The Lok Sabha passed the bill on Thursday while it was earlier passed by the Rajya Sabha. During debate on the bill, Finance Minister Nirmala Sitharaman said the Insolvency and Bankruptcy Code (Amendment) Bill, 2019 takes care of interests of homebuyers. Referring to the death of Cafe Coffee Day founder-owner V G Siddhartha under mysterious circumstances, Sitharaman said the role that the IBC code will play in terms of resolution will need combined efforts of all members."Business failure should not be looked down upon, should not be seen as a curse," she said. The finance minister further said that letter and spirit behind IBC was to keep the companies "a going concern" and mergers, demergers and amalgamations were among means for achieving it rather than blindly going into liquidation.

Talking about problems of homebuyers related to Jaypee Infratech, Sitharaman said the government was also seized of the matter."The bill strengthens interests of homebuyers," she said, adding as many as 6,079 cases had been disposed of even before admission under IBC.

Here are 10 things to know about the IBC Amendment Bill:

1. The Insolvency and Bankruptcy Code (Amendment) Bill, 2019 provides a 330-day timeline for insolvency resolution process and specifies minimum payouts to operational creditors in any resolution plan.

2. According to Finance Minister Nirmala Sitharaman, the amendments are aimed at removing interpretative ambiguity and making the code vibrant. The Bill has sought to amend the Insolvency and Bankruptcy Code, 2016.

3. The amendment bill will likely bring greater clarity to mergers, demergers, and amalgamations as part of the resolution process.

4. The IBC amendment bill lays greater emphasis on time-bound disposal at the application stage itself.

5. As per the code, NCLT should determine the existence of default within 14 days of receiving a resolution application and may accept or reject it. The Bill, however, states that the NCLT must record its reasons in writing if it has not passed an order within 14 days.

6. As per the IBC Amendment Bill, the resolution process must be completed within 330 days including time for any extension granted and for legal proceedings. The time limit was 270 days earlier. The Bill also specifies how the representative of a group of financial creditors should vote.

7. According to the IBC Bill, the resolution plan under the corporate insolvency resolution process will be binding on the Centre, State and local authorities.

8. The bill has been passed in the Parliament within a few weeks after the Union Cabinet cleared major changes to the bankruptcy law last month.

9. The Amendment bill clarifies the rights of all creditors. This is likely to protect secured creditors, for example- the case of Essar Steel Ltd. The Bill also proposes to make M&As a part of bankruptcy resolution. This will give flexibility to new investors in bankrupt companies. Also, as per the bill, IBC decisions will be binding on all governments. That means authorities cannot question the bankruptcy resolution.

10. Thursday was the third occasion when the Union government brought in amendments to the IBC since its enactment into law in 2016.