Modi Government is going to build 100 new airports by 2024 under the Regional Air Connectivity Scheme (RCS). 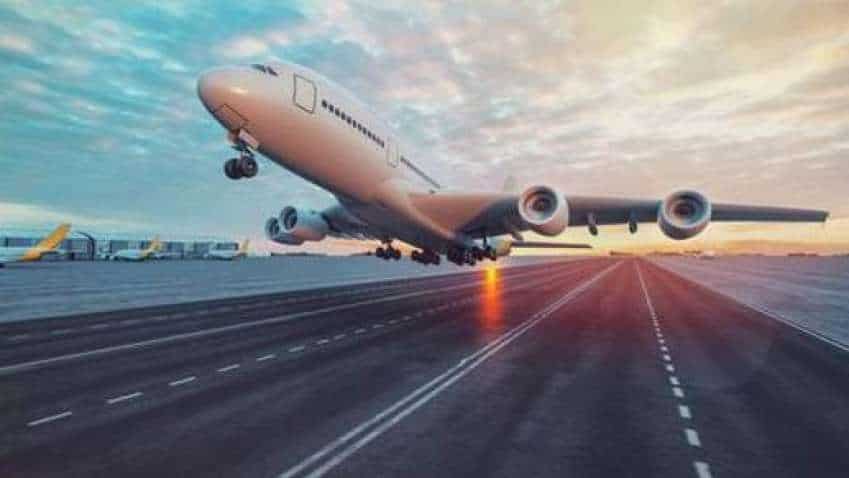 Developing 100 new airports over the next five years is an ambitious target and the government must ensure that the existing aviation infrastructure is functional. Photo: Courtesy ANAROCK
Written By: Asit Manohar
Edited By: Harish Dugh
RELATED NEWS

Budget 2019: Big decision for farmers! Rs 6000 to be directly transferred to bank accounts

Narendra Modi Government has proposed to build 100 new airports under the Regional Air Connectivity Scheme (RCS) - which focuses on facilitating regional connectivity - by providing financial support and infrastructure development. Providing wings to the UDAN scheme, these 100 airports will place smaller destinations, especially tier-2 and tier-3 cities, on the tourism industry map. In fact, with the increasing focus on unique experiential travel and stays, smaller boutique hotels and resorts in off-beat locations are the Next Big Thing for Indian hospitality. Also, with airports providing improved connectivity, more start-ups and IT-ITeS companies will crop up and expand in these smaller cities.

Speaking on the 100 new airports to be developed under the UDAN scheme, Santhosh Kumar, Vice Chairman – ANAROCK Property Consultants said, "Currently, the Airports Authority of India (AAI) manages 125 airports in the country, including 17 international airports. With airports in major cities such as Mumbai, Delhi and Bengaluru running to full capacity, there is a dire need for new airports. In the Union Budget 2020-21, the FM announced 100 new airports by FY2024 under the UDAN scheme. As per the Economic Survey, 16 private greenfield airports, 15 AAI airports, 31 heliports and 12 water dromes will be developed, and 46 idle airstrips will be revived." Kumar went on to add that to ease the pressure on existing major airports, new ones will be developed under the Regional Air Connectivity Scheme (RCS) - which focuses on facilitating regional connectivity - by providing financial support and infrastructure development. As per the UDAN program, airlines bid to win subsidies for operating flights linking big airports with smaller ones.

Expecting strong infrastructural development fuelled by these 100 new airports in the tier-2 and tier-3 cities, demand for smaller boutique hotels, resorts expected to go up said Rakesh Yadav, CMD, Antriksh India Group citing, "These 100 airports will provide better connectivity to the tier-2 an tier-3 cities that will attract some startups to come and place themselves there, especially the IT and ITes." Yadav said that a good number of IT and ITes have opened their office in Gurgaon suburbs as the land price in Gurgaon was much lower than the land price in Cyberabad or Hyderabad. Same experiment can be expected in these tier-2 and tier-3 cities being listed in these 100 new airports, said Yadav.

Highlighting the limitations that the Modi Government may have to face while implementing its 100 new airports Santosh Kumar of ANAROCK said, "Developing 100 new airports over the next five years is an ambitious target and the government must ensure that the existing aviation infrastructure is functional. Over 400 airports and airstrips were identified for the UDAN scheme in 2016, but less than 50 are currently operational. This shortfall resulted in low target achievement for airlines that were awarded UDAN routes but could not start services on time." Kumar said that before the next round of airport development takes off, the government must evaluate the performance of airlines and routes under the Regional Connectivity Scheme to ensure the future viability of the new airports.

Budget 2019: Big decision for farmers! Rs 6000 to be directly transferred to bank accounts