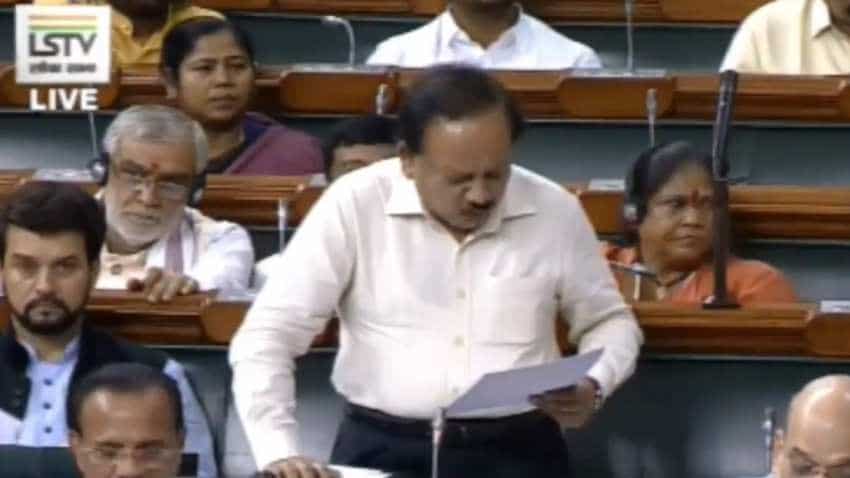 Of all the bills introduced today in Parliament, the DNA Technology Regulation Bill grabbed more attention of the members, especially of the opposition parties.

The DNA Technology Regulation Bill seeks to control the use of DNA technology for establishing the identity of a person. It was introduced in Lok Sabha today amid questions being raised by opposition parties on its provisions. A similar bill was passed in Lok Sabha in January this year but lapsed as it could not be cleared in Rajya Sabha.

The opposition parties opposed the introduction of the bill in Lok Sabha today. Congress leader in Lok Sabha Adhir Ranjan Chowdhury alleged that the DNA bill violates fundamental rights as DNA of undertrials can be collected without court orders.

Chowdhury described the draft law as "flawed" and said it doesn't have a provision of consent on the storage of DNA data.
The DNA bill was introduced by the Minister for Science and Technology Harsh Vardhan. He said there is "no serious substance" in the concerns raised by members. The minister tweeted that the aim of The DNA Technology (Use & Application) Regulation Bill is to use the DNA technology for establishing the identity of missing persons, victims, offenders, under trials and unknown deceased persons.