The Union Cabinet chaired by Modi, gave its nod to major changes made to the FDI rules, including hiking foreign investment to 100% in the defence sector. 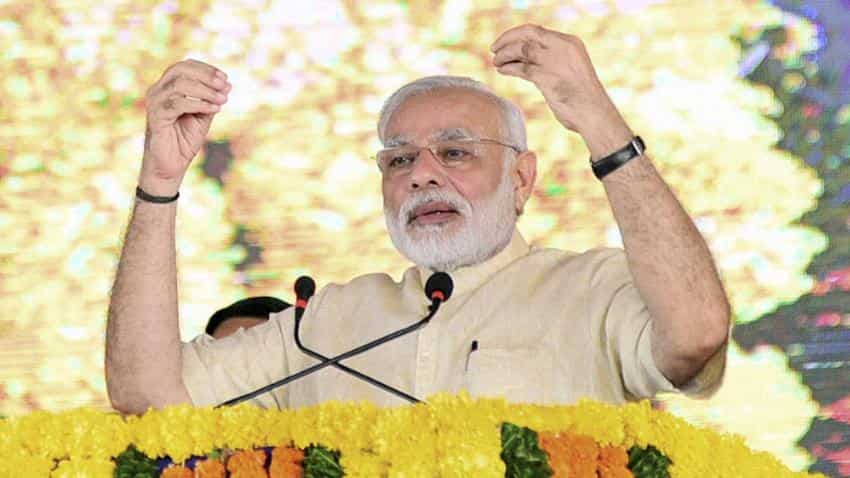 Two years of Prime Minister Narendra Modi in office, and it can be quite easily said that bringing foreign investors flocking to India, has been amongst his main agendas. One of the others is manufacturing in India, or 'Make in India' as the Centre calls it.

On Wednesday, the Union Cabinet chaired by Modi, gave its nod to the major changes made to the FDI rules earlier this year, including hiking foreign investment to 100% in the defence sector.

“The Union Cabinet chaired by prime minister Narendra Modi has given its ex-post facto approval for the FDI policy amendments announced by the government on June 20, 2016. The amendments are meant for liberalising and simplifying the FDI policy so as to provide ease of doing business in the country, leading to larger FDI inflows contributing to the growth of investment, incomes and employment,” an official statement from the government said.

Modi has travelled to several countries, held one-on-one interactions with the heads of states from US to South Africa, Iran to Afghanistan, and even Pakistan, to forge new diplomatic relationships for this purpose.

On the home turf, the government is working to improve the ease of doing business environment in the country, overhaul the indirect tax regime to boost investment sentiment, and even simplifying the Foreign Direct Investment (FDI) regulations to encourage foreign capital into India.

If it goes as the Prime Minister envisages, it will give an impetus to his flagship 'Make in India' programme and create jobs for the millions joining the workforce in the country every month.

Here are the changes made to FDI regulations:

This is also applicable to the manufacturing of small arms and ammunition under the Arms Act 1959.

"With the objective of promoting the development of this sector, 74% FDI under automatic route has been permitted in brownfield pharmaceuticals. FDI beyond 74% would be permitted through Government approval route," a government notification said.

Civil Aviation Sector: The government has been taking several measures to boost the aviation sector in the country, that has been long under stress. For this, it the new Civil Aviation Policy was proposed, and FDI norms were tweaked.

Under the new rules, the cabinet has allowed for 100% FDI in brownfield projects from the previous 74% cap under the government route.

Private Security Agencies : Private security agescies agencies are already required to get licence under PSAR Act 2005, the requirement of putting them through another array of government approvals has been done away. FDI up to 49% is now permitted under the automatic route in this sector. Beyond that, and upto 74%, is permitted through government approval route.

E-commerce sector: 100% FDI under government route for trading for food products manufactured and/or produced in India.

For establishment of branch office, liaison office or project office or any other place of business in India if the principal business of the applicant is Defence, Telecom, Private Security or Information and Broadcasting, an approval from the Reserve Bank of India (RBI) would not be required in cases where an approval from Foreign Investment and Promotion Board (FIPB) or license/ permission by the concerned Ministry/ Regulator has already been granted.

Also 100% FDI via automatic route has been approved in sections such as teleports, direct to home, cable networks, mobile televisions and headened-in-the sky broadcasting services.