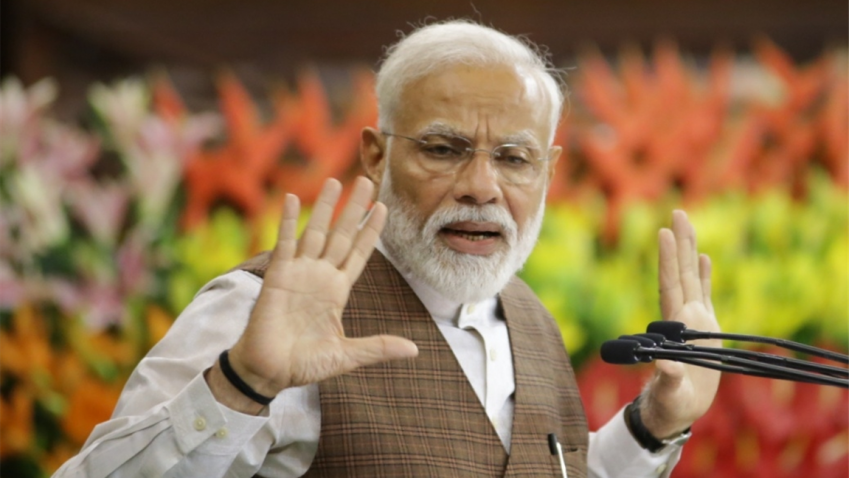 The government has decided to benefit the trading community through a new pension scheme to provide a robust architecture of universal social security. Image source: IANS

Putting people's welfare on top of the government's agenda, Prime Minister Narendra Modi in his first Cabinet meeting on Friday took some path-breaking decisions, where, he fulfilled the promises made in the party's Sankalp Patra (manifesto) for 2019 Lok Sabha elections. The Prime Minister expressed happiness over the decisions taken in the first meeting in a tweet, "Glad that path-breaking decisions were taken in the cabinet, the first in this tenure. Hardworking farmers and industrious traders will benefit greatly due to these decisions," adding "People first, people always." The four key decisions taken in the cabinet meeting are:

The Union Cabinet has approved a new Central Sector Scheme to empower farmers across India. It is estimated that 5 crore small and marginal farmers will benefit in the first three years itself, as the Central government would spend Rs 10774.50 crore for a period of three years towards its contribution (matching share) for providing social security cover as envisaged under the scheme.

Under this scheme, a voluntary and contributory pension scheme for all Small and Marginal Farmers (SMF) across the country has been envisioned, wherein, entry age of 18 to 40 years with a provision of minimum fixed pension of Rs 3,000/- on attaining the age of 60 years. For example, a beneficiary farmer is required to contribute Rs 100 per month at a median entry age of 29 years. The Central government will also contribute to the Pension Fund an equal amount as contributed by the eligible farmer.

Prime Minister Narendra Modi approved the ambit of the Pradhan Mantri Kisan Samman Nidhi (PM-KISAN) to cover all land holding eligible farmer families, subject to the prevalent exclusion criteria, under this scheme. The revised Scheme is expected to cover around 2 crore more farmers, increasing the coverage of PM-KISAN to around 14.5 crore beneficiaries, with an estimated expenditure by Central government of Rs 87,217.50 crores for year 2019-20. Certain operational issues like lack of updated land records in Jharkhand and lack of Aadhaar penetration in states of Assam, Meghalaya and J&K have also been resolved.

The PM-KISAN Yojana dates back to the interim Budget for the year 2019-2020. The key element of PM-KISAN is income support of Rs 6000/- to the small and marginal landholder farmer families with cultivable land holding up to 2 hectare across the country, and it has been expanded.

3. Small traders to get pension coverage

According to the latest decision, the government has decided to benefit the trading community through a new pension scheme to provide a robust architecture of universal social security. Under this scheme, all shopkeepers, retail traders and self-employed persons are assured a minimum monthly pension of Rs 3,000/- month after attaining the age of 60 years. All small shopkeepers and self-employed persons as well as the retail traders with GST turnover below Rs 1.5 crore and age between 18-40 years, can enrol for this scheme, which would benefit more than 3 crore small shopkeepers and traders, said the government statement.

The scheme is based on self-declaration as no documents are required except Aadhaar and bank account. Interested persons can enrol themselves through more than 3,25,000 Common Service Centres spread across the country.

The new initiative pertains to controlling Foot and Mouth Disease (FMD) and Brucellosis to support the livestock rearing farmers. The Cabinet had cleared a total outlay of Rs 13,343 crores to fully control these diseases amongst the livestock in the country in the next five years and subsequently eradicate these diseases. The programme so far has been implemented on cost sharing basis between the Central and state governments, but the Central government has now decided to bear the entire cost of the programme to ensure complete eradication of these diseases and better livelihood opportunities for all the livestock rearing farmers in the country.