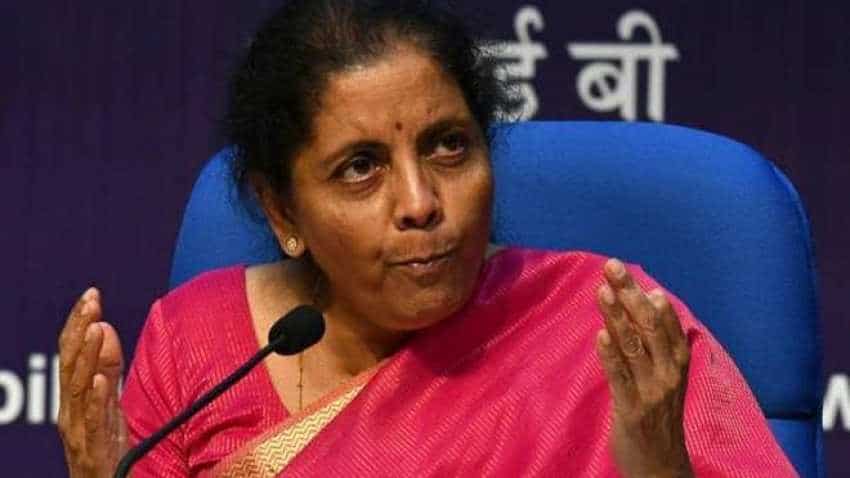 Industry insiders say that it will help homebuyers to get their dream home as the AIF package will solve the liquidity crisis of the developers. Photo: Reuters

In a bid to provide relief to real estate sector Finance Minister Nirmala Sitharaman today announced AIF (Alternative Investment Fund) for the stalled affordable and middle-income houses. Notably, developers have been unable to hand over these homes to the buyers. The industry insiders have hailed the move by the Central Cabinet decision as it will help them meet the required funds that have led to their projects being stuck for long.

Briefing the media about the Cabinet decision in regard to the stalled projects, Nirmala Sitharaman said, "Rs 25,000 crore fund has been allocated for the affordable and middle-income real estate projects that have been stalled for long. This fund will be made available under the AIF — Alternative investment Fund — to those real estate developers whose net worth is positive. Failing to this, the NCLT will handle the case." The Centre will be the sponsor of the Rs 25,000 crore AIF and infuse up to Rs 10,000 crore in it. State Bank of India (SBI) and Life Corporation of India, sovereign and pension funds would also contribute to the fund, she said. The fund will help nearly 1,600 stalled housing projects, she said.

Hailing the cabinet decision to provide relief to the homebuyers Naveen Raheja, Ex-Chairman at NAREDCO said, "It's a welcome move by the Narendra Modi Government. I had initiated this demand in the capacity of the NAREDCO chairman four-five years ago, but finally, the demand has been met. It will help homebuyers to get their dream home as the AIF package will solve the liquidity crisis of the developers."

Shishir Baijal, Chairman & Managing Director, Knight Frank India said, “The inclusion of developments under NPAs and NCLT into the gamut of eligible projects, albeit these are net positive projects, into the Special Window Funding is a welcomed decision. The extension of this benefit to mid income beyond the affordable housing segment is a critical step forward. We welcome these changes and feel that this will help create greater momentum in stock movement. There are many projects which are near completion but have not been able to garner last mile funds will benefit from this move. This step will definitely create greater confidence and credibility and may, in due course, encourage private segments to extend their support in last mile funding ,helping the beleaguered sector to go over this period of slowdown”.

Anuj Puri, Chairman – ANAROCK Property Consultants sai, "This move couldn’t have come at a better time because the delay was causing serious apprehensions. The delay in the on-ground deployment of the stressed fund gave rise to severe apprehensions about the main issues – that of stuck and delayed projects – that had remained unaddressed so far. The timeline for setting up this fund and its actual implementation is quite critical. Also, the special window will get investments from institutions like LIC, SBI and others which will take the corpus to nearly Rs 25,000 crore. The fund will also be open to other sovereign funds to add to the corpus. More importantly, several NPA projects and those facing bankruptcy proceedings under NCLT shall also be included provided they are not referred for liquidation. This will bring in even more stalled projects into the eligibility criteria and give relief to more aggrieved homebuyers."

The former NAREDCO Chairman further said that the AIF package should be made available to all RERA registered stalled projects as around 1600 projects in affordable and middle-income segments are stalled in the current situation.

Avneesh Sood, Director Eros Group said, “We welcome the Government initiative to provide a structured method of infusing liquidity into stuck projects and thereby seeks to address the key issues of project funding, completion, and delivery. The fund is expected not only to support the real estate sector but also generate commercial returns for its investors.  The special window that has been structured as an Alternative Investment Fund (AIF) to pool investments from other government-related and private investors including public financial institutions, sovereign wealth funds, public and private banks, domestic pension and provident funds, global pension funds, and other institutional investors, etc”.

* Relieve stress in other major sectors of the economy

* Government shall act as the sponsor of the fund and infuse funds up to Rs 10,000 Crore; Fund will provide relief to developers with unfinished projects and ensure delivery of homes to buyers

* Move will help relieve financial stress faced by large number of middle-class homebuyers who have invested their hard-earned money;