In what would come as a surprise for many, former defence minister Nirmala Sitharaman has been appointed as the Minister of Finance in the new Narendra Modi government. 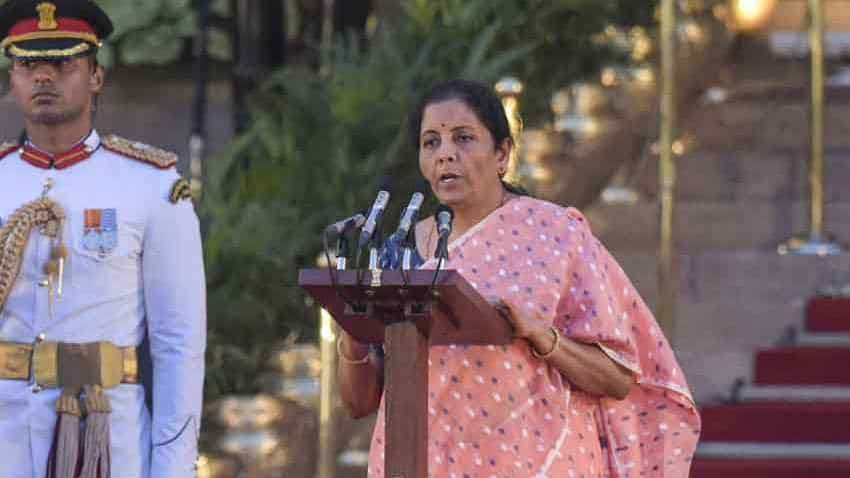 Before being elevated as the Defence minister, Sitharaman served as the Minister of State for Finance and Corporate Affairs in the Modi government. Source - PTI.

Modi cabinet 2.0: In what would come as a surprise for many, former defence minister Nirmala Sitharaman has been appointed as the Minister of Finance in the new Narendra Modi government. The portfolio was earlier held by senior party leader Arun Jaitley who decided to stay away from the new Cabinet citing health issues. Apart from the finance ministry, Sitharaman has also been given Ministry of Corporate Affairs. Before being elevated as the Defence minister, Sitharaman served as the Minister of State for Finance and Corporate Affairs in the Modi government. She was also Minister for Commerce and Industry with independent charge.

A post-graduate in Economics, Sitharaman earlier served as a national spokesperson of the Bharatiya Janata Party (BJP) and is still remembered as one of its most articulate spokespersons, who fiercely attacked the Congress government over its various policies. Now a seasoned politician, Sitharaman counts travel, trekking, music and cooking among her hobbies.

Former BJP president and senior party leader Rajnath Singh has been given the Ministry of Defence in place of Sitharaman. While Amit Shah has been appointed as the new Home Minister. Piyush Goyal retained Ministry of Railways while Subrahmanyam Jaishankar will be the new Minister of External Affairs.

Narendra Modi was on Thursday sworn in as the Prime Minister for a second term helming a 58-member ministry. Wearing a beige Nehru jacket, Modi, 68, was administered the oath of office and secrecy by President Ram Nath Kovind at a glittering ceremony just before sunset at the forecourt of majestic Rashtrapati Bhavan, capping a landslide win for the BJP which won 303 of the 542 seats. Besides 25 Cabinet ministers including Modi, Shah, Rajnath Singh, Nirmala Sitharaman, Nitin Gadkari, Smriti Irani, Piyush Goyal and Jaishankar, nine were sworn in as Minister of State with Independent charge and another 24 as Minister of State.

Suresh Prabhu and JP Nadda (both Rajya Sabha) also did not find a place. Nadda, who was made BJP's UP incharge, is expected to follow Shah as the new party president.