Modi 2.0! Startups and entrepreneurs pin their hopes on PM Narendra Modi; here is what they are expecting 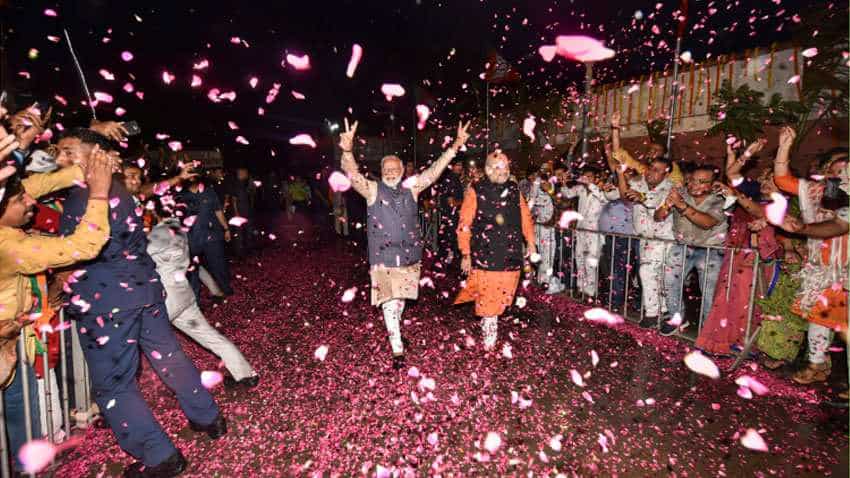 Modi 2.0 is now a reality as BJP-led NDA government has stormed back to power once again. Image from PTI

Modi 2.0 is now a reality as BJP-led NDA government has stormed back to power once again. With PM Narendra Modi set to become PM again after the saffron party's landslide win, startups and entrepreneurs on Thursday pinned their hopes on the PM Modi-led NDA government to continue driving the growth agenda. Also, they hoped that Modi government will take further steps to ease the regulatory burden and make capital more accessible to them. "The new government should accelerate the momentum on tech innovation, and focus on training and skilling initiatives for entrepreneurs - all of which will cement India's position as a hotbed for startups," budding entrepreneurs said.

Explaining his expectations from Modi government, Bhavin Turakhia, CEO, Zeta and Flock said, "The new government must put in place measures such as training hubs for entrepreneurs across India to ease flow of capital, regulatory compliance and more. Further, these hubs must act as one-stop knowledge, research and development centres so that startups can focus more on innovation and less on processes."

"While measures have been taken to provide relaxation from Angel Tax, there are still some "unfulfilled expectations linked to its simplification" in the long term," says Ankur Pahwa, Partner and National Leader, e-commerce and consumer internet, EY India. Pahwa adds, "More attention is needed to protect entrepreneurs; at the same time enable promoters and investors to raise capital through differential voting rights. While the government has made considerable and commendable headway in ease of doing business, further steps linked to easing of norms will fuel the start-up ecosystem."

In the past few months, many startups had received notices under Section 56 of Income Tax Act to pay taxes on angel funds received by them.

"The compliances for startups, while necessary, tend to be onerous and costly at times, "Satyam Kumar, CEO and Co-Founder of LoanTap Financial Technologies. "Expectation from Government is to make process simpler to comply with - a single clearance window - which ensures end-to-end solution or procedure to be followed by a start-up that enables pro-active compliance as well as helps to avoid unnecessary costs," he added.

Sampad Swain, Instamojo CEO, said he was hopeful that the government would introduce measures to streamline taxes and ease regulatory policies for small and medium businesses in the country to promote ease of doing business. Swain believes, "The government should address the major challenges faced by MSMEs (micro, small and medium enterprises), primarily the absence of adequate financial options and skilled labour which is a significant deterrent to the progress of the sector," Swain said.

"The government in the past maintained a strong focus on Digital India and FinTech, and hoped that the growth agenda will continue," Razorpay CEO and co-founder, Harshil Mathur said. Mathur further added, "A lot of programs were initiated towards digitisation of the country and increasing access to fintech last year - this must progress with a fresh commitment to democratise digital payments...One reform that I am expecting is the tax and GST benefit for businesses opting for digital transactions."