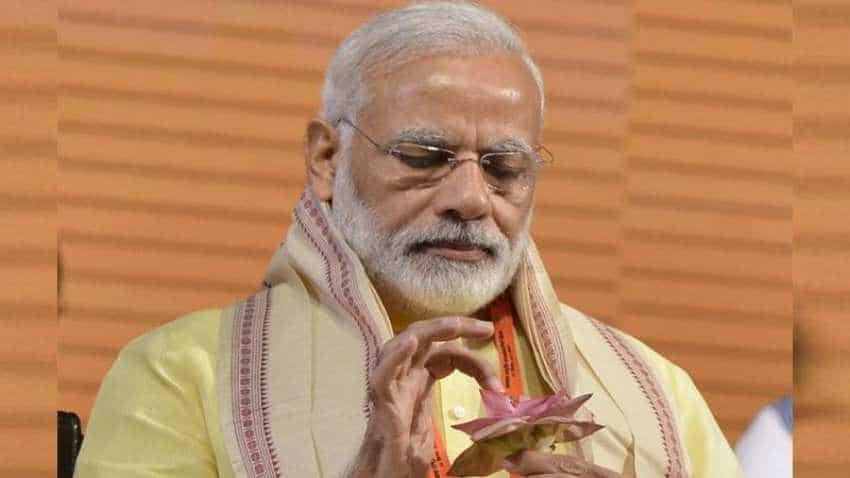 Prime Minister Narendra Modi expressed his happiness over the decisions taken in the first cabinet meeting through his tweet. Photo: PTI

Modi 2.0 cabinet meeting: Hailing the first Cabinet meeting of the new Lok Sabha that took place today in New Delhi, Prime Minister Narendra Modi welcomed the first four decisions taken by the Union Cabinet, dubbing them as 'path-breaking decisions.' He said that the Bharatiya Janata Party (BJP) had promised these measures in its election manifesto and it fulfilled it on the very first meeting of its Cabinet, giving due respect to the public mandate it received across India in the Lok Sabha Elections 2019.

Glad that path-breaking decisions were taken in the Cabinet, the first in this tenure. Hardworking farmers and industrious traders will benefit greatly due to these decisions.

The decisions will enhance dignity and empowerment of several Indians. pic.twitter.com/U9JTXeyoVm

Prime Minister Narendra Modi expressed his happiness over the decisions taken in the first meeting through his tweet, "Glad that path-breaking decisions were taken in the cabinet, the first in this tenure. Hardworking farmers and industrious traders will benefit greatly due to these decisions." He said the decisions will enhance dignity and empowerment of several Indians. "People first, people always," he wrote. 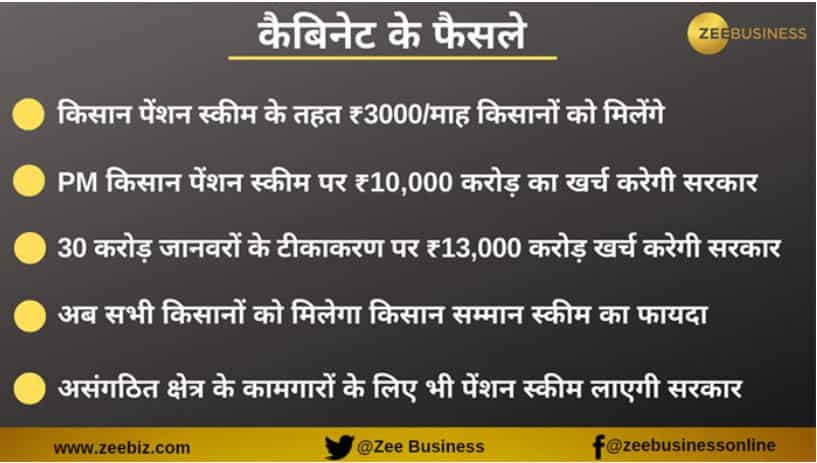 The government on Friday decided to:

1. extend the PM-KISAN scheme to all 14.5 crore farmers in the country that will cost an additional Rs 12,000 crore on the government ex-cheaquers taking the final fund to be spend on the scheme to Rs 87,000 crore a year.

3. Modi government on its first day announced a minimum monthly pension of Rs 3,000 for traders across the nation, which will benefit over three crore people.

4. The Centre also decided to bear the entire cost of Rs 13,343 crore under an existing scheme that seeks to control livestock diseases, especially food and mouth disease (FMD) and brucellosis, in the next five years.

Meanwhile, in his first day in office on Friday, the prime minister offered floral tribute to the idols of Mahatma Gandhi and Vallabhai Patel in his South Block Office. He also posted a short video.