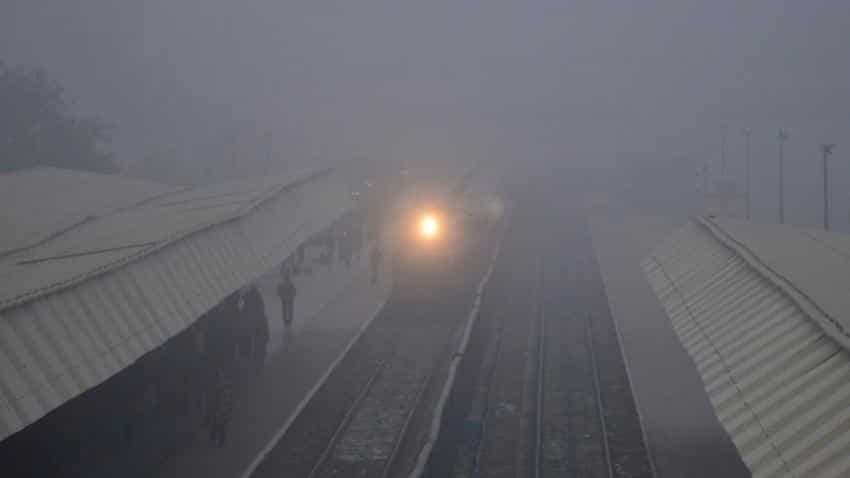 At least 18 trains were cancelled and 28 delayed and three were rescheduled due to fog in several parts of northern India. Image source: IANS

It was a misty morning here on Tuesday with the minimum temperature recorded at 9.6 degrees Celsius, two notches above the season`s average.

At least 18 trains were cancelled and 28 delayed and three were rescheduled due to fog in several parts of northern India.

"The sky will be partly cloudy during the day," an India Meteorological Department official said.

The maximum temperature was likely to hover around 25 degrees Celsius, he said.

Early morning fog impeded traffic movement here in Jammu and Kashmir as the valley braced for the 40-day long period of harsh winter beginning on December 21.

This period is known as the "Chillai Kalan" and heavy snowfall in the hills during this period replenishes the water reservoirs of the valley. It sustains the valley`s water bodies during the summer months.

The minimum temperature was minus 3.6 in Srinagar, minus 7 in Pahalgam and minus 4.6 in Gulmarg, the Met said.