India's oldest Covid-19 survivor Thomas Abraham, aged 93, his wife Mariyamma, 88, both have been fully cured after days of life-and-death battle against the deadly coronavirus which they contracted from their son, daughter- in-law and grandson who returned from Italy last month. 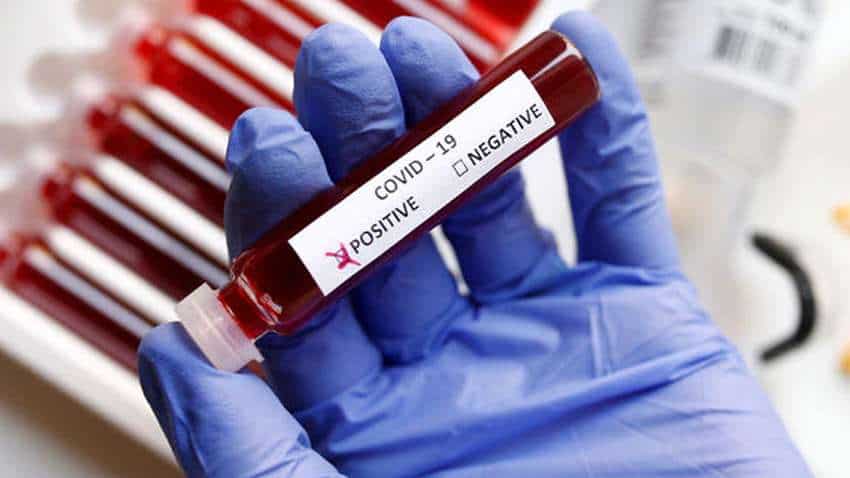 India's oldest Covid-19 survivor Thomas Abraham, aged 93, his wife Mariyamma, 88, both have been fully cured after days of life-and-death battle against the deadly coronavirus which they contracted from their son, daughter- in-law and grandson who returned from Italy last month. All three have also recovered fully and are now waiting for the return of the miracle couple home.

At 93 years of age, Thomas Abraham wants Pazhankanji, Kerala's own super food made of rice gruel, and tapioca or jackfruit snacks. And that's what he insisted on eating while confined in the isolation ward after becoming India's oldest COVID-19 survivor in what is being dubbed by the medical community as a "miracle cure". Doctors say the couple will probably be discharged on Wednesday from the Kottayam Medical College Hospital where they were in critical condition for days. Coronavirus is known to be especially deadly for elderly people.

The secret behind their recovery seems to be the healthy lifestyle they have been leading, said Rijo Moncy, their grandson half-jokingly. He said Thomas, a farmer in Ranni sub-division of Pathanamthitta district, is a very healthy person being a teetotaller and non-smoker. Even without going to the gym, he had a six-pack body, as per news agency PTI. "It's a miracle that they survived the pandemic and the doctors and the health officials have put in their all efforts to save them," said Rijo who works in Italy in the radiology field.

He and his parents, who also have been living in Italy for many years, praised the state government, which also has the distinction of having cured India's first three coronavirus cases earlier. "We were planning to come to Kerala in August but advanced the journey as my grandfather insisted that we should visit him soon. However, now we feel that it was a blessing or else we would have been in Italy right now," Rijo told PTI.

Italy is the hardest-hit country in the world with more than 11,500 fatalities and over 1,01,700 infections, as per the latest reports.

"I used to live with my grandfather during my higher studies and we are really close. He insisted that we should visit him as soon as possible. He also said that they had a better chance of survival in Kerala rather than in Italy. "The government there passed off the initial signs of coronavirus as seasonal common flu. But later it got out of their hands. The area where we are staying in Italy is not that affected," he added. "We are sure that the good and efficient medical team in Kerala helped us to get cured from the pandemic. If we were in Italy, we might not have survived," he said.

Asked about their favourite food, he said while his grandfather loves "Pazhankanji" made of rice gruel, "Kappa" (tapioca) and "chakka" (jackfruit) snacks, his grandmother loved fish. Even while at the isolation ward, grandpa asked for his "Pazhankanji" and coconut chutney and "kappa" etc and these were provided to him, he said.

"They were waiting for us to come (from Italy) and fill the home with fun and laughter. But... Now, we are eagerly waiting for their homecoming. We were told they are likely to be discharged by Wednesday", he said.

The family has already prepared fish curry, fish fry and rice and hoping the elderly couple would soon reach home. The couple have three children, seven grandchildren and 14 great grandchildren. Besides his parents and grandparents, Rijo's sister and brother-in-law and his father's elder brother were among those infected by the virus in the family.

"Grandparents had age related complications. But the nurses and the doctors of Kottayam Medical College considered them as their own family and took care of them. We are really thankful to the government, health minister and the chief minister for the care we got," Rijo said. Rijo's sister and brother-in-law, both nurses, had arrived from Italy eight months ago.

Along with the seven-member team of doctors who led the treatment, 40 medical staff including 25 nurses actively took part in various stages of treatment.