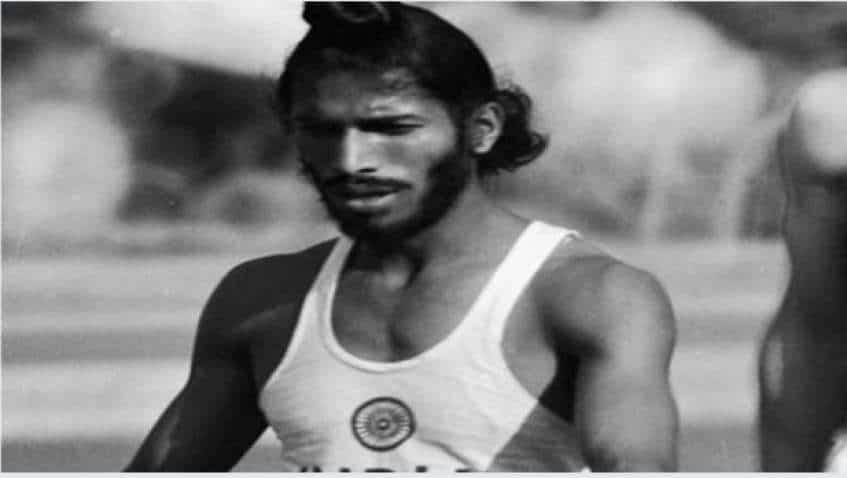 Legendry sprinter Milkha Singh passed away last night after battling a month-long battle with Covid 19 pandemic at a hospital in Chandigarh on Friday. He died less than a week after he lost his wife Nirmal Kaur, a former national volleyball captain, to the same ailment. He is survived by his golfer son Jeev Milkha Singh and three daughters.

His demise has left the nation in shock. President Ramnath Kovind, Prime Minister Narendra Modi and celebrities like Megastar Amitabh Bachchan and Master Blaster Sachin Tendulkar led the tribute to the 'Flying Sikh'

"The passing of sporting icon Milkha Singh fills my heart with grief. The story of his struggles and strength of character will continue to inspire generations of Indians. My deepest condolences to his family members, and countless admirers," tweeted Prersident Ramnath Kovind

In the passing away of Shri Milkha Singh Ji, we have lost a colossal sportsperson, who captured the nation’s imagination and had a special place in the hearts of countless Indians. His inspiring personality endeared himself to millions. Anguished by his passing away. pic.twitter.com/h99RNbXI28

"In the passing away of Shri Milkha Singh Ji, we have lost a colossal sportsperson, who captured the nation’s imagination and had a special place in the hearts of countless Indians. His inspiring personality endeared himself to millions. Anguished by his passing away," tweeted PM Modi.

He further said, " I had spoken to Shri Milkha Singh Ji just a few days ago. Little did I know that it would be our last conversation. Several budding athletes will derive strength from his life journey. My condolences to his family and many admirers all over the world."

Congress leader Rahul Gandhi also condoled the demise of sprint legend Milkha Singh and said he was not just a sports star but a source of inspiration for millions of Indians for his dedication and resilience.

"Shri Milkha Singh ji was not just a sports star but a source of inspiration for millions of Indians for his dedication and resilience. My condolences to his family and friends. India remembers her #FlyingSikh,"  Gandhi said.

"Rest in Peace our very own ‘Flying Sikh’ Milkha Singh ji. Your demise has left a deep void in every Indian’s heart today, but you shall keep inspiring several generations to come," posted Sachin Tendulkar

"In grief... Milkha Singh passes away... The pride of India... A great athlete... A greater human...," Bachchan wrote on Twitter on Saturday morning.

Khan said Singh he was an inspiration to millions of people including him.

In a statement posted on his various social media accounts, Akhtar, who spent a lot of time and got to know Singh personally while playing the lead role in the 2013 biopic "Bhaag Milkha Bhaag", said he is unable to come to terms with the sports icon's demise.

"A part of me is still refusing to accept that you are no more. Maybe it's the stubborn side I inherited from you...The side that when it sets it's mind on something, just never gives up. And the truth is that you will always be alive," he said.

Kumar, who was offered to star in the biopic prior to Akhtar, said he will regret not saying yes to the film.

"Incredibly sad to hear about the demise of #MilkhaSingh ji. The one character I forever regret not playing on-screen! May you have a golden run in heaven, Flying Sikh. Om shanti, Sir," Kumar wrote.

Recalling her first meeting with Singh, actor Priyanka Chopra Jonas said she was touched by his humility.

"Warm and welcoming, you made our first meeting so so special. I have been inspired by your excellence, touched by your humility, influenced by your contribution to our country. Om Shanti #Milkha ji. Sending love and prayers to the family. #MilkhaSingh," Chopra Jonas posted on the microblogging site.

Taapsee Pannu simply wrote "And he flew away," with a broken heart emoji.

"The nation will remember you & seek inspiration from your life forever. #MilkhaSingh #RIPMilkhaSingh," Deol said.

"Shri #MilkhaSingh Ji?s name was and will forever be synonymous with speed. He inspired generations to run & never give up. Extremely saddened to know about his demise. My deepest condolences to his family and loved ones. #LongLiveFlyingSikh."

Filmmaker Madhur Bhandarkar said he was saddened to hear about the demise of Singh.

"Broken heart. Been a great inspiration will remain in our hearts forever,? he tweeted.