In a scene that seemed straight out of the cult classic ‘Sholay’, a minor girl on Sunday night climbed atop a flex board in Madhya Pradesh’s Indore, demanding to marry a boy against her mother’s wish 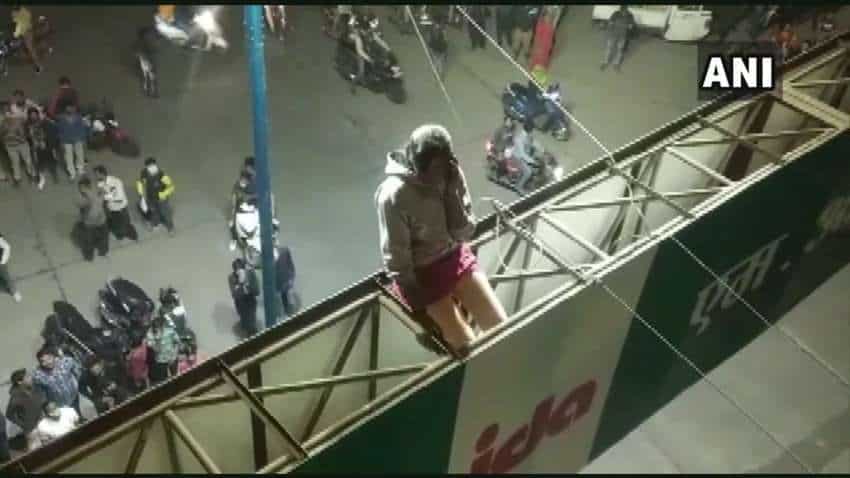 A high-voltage drama was witnessed in Indore, when a minor girl climbed atop a flex board, demanding to marry a boy against against her mother’s wish.

News agency ANI released many pictures of the dramatic event on tweeter on Sunday night. The pictures showed the girl sitting atop a hoarding at Bhandari Bridge in Indore’s Pardesipura area. she looked calm while looking at her phone. Soon a crowd gathered at the spot to witness the dramatic scene. Meanwhile, the police also reached the spot and tried to convince the girl to come down.

Only after the insistence of her boyfriend, she finally decided to come down from the hoarding.

“A minor girl climbed a hoarding demanding to marry a boy against her mother’s wish. She later came down on boy’s insistence,” Pardesipura Station Incharge Ashok Patidar said.

According to reports, the girl wanted to marry her boyfriend, but her mother was not willing to agree to the match. Taking cue from cult 'Sholay', the girl climbed atop a hoarding on Sunday and said she won’t come down until her mother accepts the boy.

Many on social media were reminded of the cult movie in which Veeru, played by Dharmendra, climbs atop a water tank, demanding to marry Basanti, played by Hema Malini, whose mother was against their marriage.