Commerce Minister Nirmala Sitharaman on Saturday said that the revised mid-term foreign trade policy (FTP) is to be announced few days ahead of July 1 before the roll out of GST. 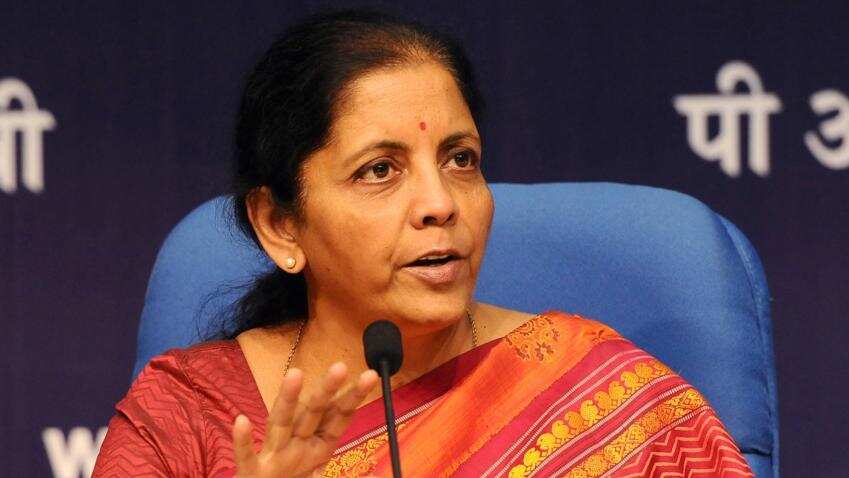 Commerce Minister Nirmala Sitharaman said suggestions were made that the review should be concluded by July 1 so that it is aligned with the GST implementation. Image Source: IANS/PIB
Written By: PTI
RELATED NEWS

Commerce Minister Nirmala Sitharaman on Saturday said the revised mid-term foreign trade policy (FTP) is to be announced few days ahead of July 1, the scheduled date for the Goods and Services Tax (GST) roll out.

After holding a meeting with various stakeholders, including exporters as part mid-term review of FTP (2015-20) in New Delhi, the minister also said that no suggestions were made to scale down the 2020 export target of $900 billion, including services.

Given the current economic and geopolitical situations globally there are concerns that international trade may be impacted.

Sitharaman said suggestions were made that the review should be concluded by July 1 so that it is aligned with the GST implementation.

Smt @nsitharaman at the Mid Term Review of Foreign Trade Policy (2015 - 2020) along with Secretary, @DoC_GoI & other officials. pic.twitter.com/7QFhN2qcOL

"We found merit in the suggestion that the review of the policy should be well in time to go along with the roll out of the GST. It means I have to announce it well in time for July 1," she said.

She further said that there were certain specific suggestions and questions for the GST Council comprising state finance ministers, and headed by the Union Finance Minister.

A team including the Commerce Secretary to seek time from GST Council on the specific issue, including one related to duty refunds of exporters.

Exporters, especially from the SME sector, have expressed concerns that their funds would be locked up for several months

As per the GST norms, 90% of the refund will be given in seven days and remaining 10% will be given in 4-5 months. SME exporters expressed concerns that their funds could remain locked for long time.

During the meeting suggestions were also made to explore rupee denominated trade especially in the south east Asian nations and those in the middle east.

Suggestions were also made that the FTP should not focus only on exports but on imports as well.