The recent devastation in Kerala has posed a new challenge to the microfinance sector, particularly the niche institutions that are concentrated in select geographies. 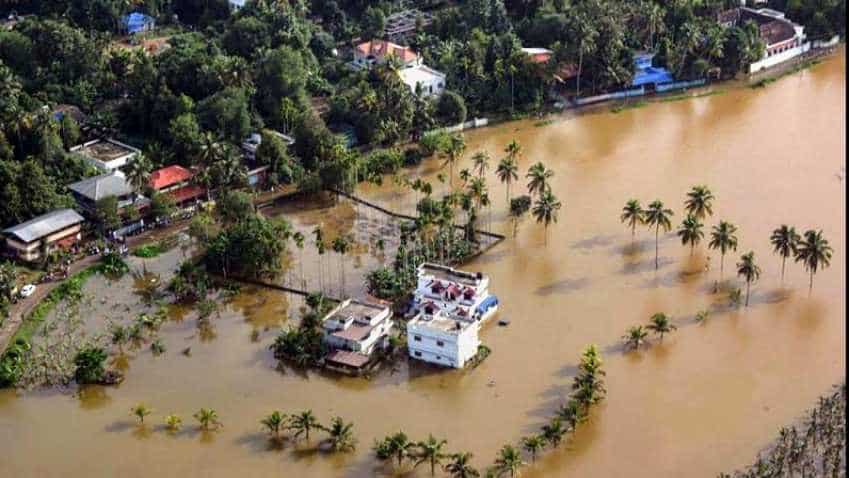 Microfinance Institutions Network (MFIN), the apex body of the sector, however, is hopeful of early recovery in the operations of MFIs active in Kerala. Image source: PTI
Written By: Sumit Moitra
RELATED NEWS

The recent devastation in Kerala has posed a new challenge to the microfinance sector, particularly the niche institutions that are concentrated in select geographies. Natural calamities in southern states like severe floods in Tamil Nadu in 2015 and now in Kerala have dealt a body blow to the sector which was hit the hardest during demonetisation.

“As the devastating flood has affected our micro banking customers in Kerala, ESAF Small Finance Bank has halted its micro loan collections in Kerala till August 31,” one of the most prominent micro-lender in Kerala has told its customers.

“The microfinance sector in Kerala has been affected due to large-scale destruction, loss of lives and livelihood. Using their grass roots network, MFIs operating in the state, including us, are providing immediate relief measures. While our presence there is limited, operations at all our branches have come to a halt as those can’t be reached,” Chandra Shekhar Ghosh, managing director and chief executive officer of Bandhan Bank told DNA Money.

Microfinance Institutions Network (MFIN), the apex body of the sector, however, is hopeful of early recovery in the operations of MFIs active in the state.

“We expect the situation for our clients to come back to normal in the next seven to eight weeks’ time. Condition in 4-5 districts is now normal. Like the way the sector came back strongly post the devastating flood in Tamil Nadu, we expected similar quick recovery in Kerala as well,” Udaya Kumar, president of MFIN, told DNA Money.

“The important thing to do now for us is to support the customers to help come out of the situation. While there wouldn’t any intention to default, we need to give customers time (to repay loans),” Kumar, who is also the MD and CEO of newly listed CreditAccess Grameen, said.

The impact of the flood brings back memories of demonetisation when in the aftermath of the massive economy-wide exercise to replace close to 85% of the currency in circulation local politicians promised loan waivers in states like Maharashtra, UP, MP and Kerala that resulted significant drop in recoveries for microfinance institutions operating in these states.

“Demonetisation has illustrated that even well run MFIs can lose 5% to 10% of AUMs (Assets Under Management) in crisis,” says brokerage house Emkay, while commenting on the initial public offering of CreditAccess Grameen, which got a miserable listing last week.

With regional players ESAF and Madura MF strong in the state, large MFIs would be spared of any major impact due to their negligible presence there.

Bharat Financial Inclusion has just 4% of its outstandings from Kerala out of its total books as on March end with 70 branches in the state against 178 in Karnataka.

The silver lining is that the MFIs can now actively participate in the restoring the grass roots economy of Kerala. “Once things get settled down, MFIs should help out in lowering the stress by providing moratorium on installment payments and would then need to participate in rebuilding the rural economy,” Ghosh said.

The development comes at a time when MFIs in Kerala was showing exemplary achievements in reaching out to the poor and pulling them out of poverty in a holistic way.

As per the latest Inclusix 2018 report brought out by the agency Crisil, Kerala attained the top spot for the first time.

“Kerala moved to the top spot with a Crisil Inclusix score of 90.9. This is way ahead of the all-India score of 58.0. Almost all the districts enjoy a ‘high’ score on the index except Malappuram scored above average’ because of moderate level of insurance penetration,” the report said.

Kerala, however, has lesser number of registered MFIs, eight as per data collected till March by Mircometer, the official report of MFIN. In the report, Karnataka had the maximum representation in the top 50 performing districts with 13, followed by Kerala with 12.

Bharat Financial is the largest in the country with a loan portfolio of Rs 18,472 crore followed by CreditAccess with a portfolio of Rs 5,266 crore, as of March, as per MFIN data.

Unless spread out across the country, those MFIs having a presence in handful of states are exposed to various types of risks.

CreditAccess operates in a limited number of states like Karnataka, Tamil Nadu, Maharashtra, Madhya Pradesh, Chhattisgarh while Bandhan has just eight branches in Kerala against 18 in Tamil Nadu and 22 in Karnataka.

“Demonetisation has illustrated that even well run MFIs can lose 5% to 10% of AUMs (assets under management) in crisis,” said brokerage house Emkay while commenting on the initial public offering of CreditAccess Grameen, which saw a miserable listing last week.