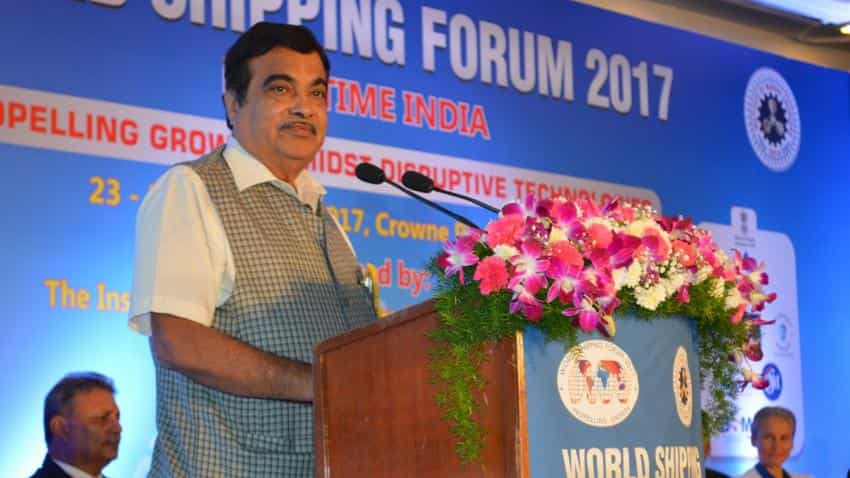 The government is contemplating a `Methanol Economy Fund` to promote indigenously-produced methanol that could substitute 10 per cent of India`s crude oil imports by 2030, thereby reducing its fuel bill by around 30 per cent, Road Transport and Highways Minister Nitin Gadkari said on Thursday.

Making a statement on methanol in Lok Sabha, Gadkari said the final roadmap for `Methanol Economy` being worked out by NITI Aaayog was targeting an annual reduction of $100 billion by 2030 in crude imports.

"To promote this renewable, alternate fuel, a `Methanol Economy Fund` is also being contemplated. A cabinet note on methanol in inland waterways and marine sector and overall adaptation of Methanol Economy will be moved shortly," a statement quoted Gadkari said.

He said the NITI Aayog`s roadmap -- that aims to substitute 10 per cent of crude imports by 2030 by methanol alone -- would require approximately 30 million tonnes of methanol.

"Methanol and dimethyl ether are substantially cheaper than petrol and diesel and India can look to reduce its fuel bill by 30 per cent by 2030."

He said the indigenous fuel, at a cost of approximately Rs 19 a litre, would be at least 30 per cent cheaper than any available fuel.

"At least 20 per cent diesel consumption can be reduced in next five to seven years and will result in a savings of Rs 26,000 crore annually. Rs 6,000 crore can be annually saved from reduced bill in LPG in the next three years itself.

"The methanol blending programme with gasoline will further reduce our fuel bill by at least Rs 5,000 crore annually in next three years," the statement said.

Methanol is a clean burning drop-in fuel which can replace both petrol and diesel in transportation; and LPG, wood and kerosene in cooking fuel. It can also replace diesel in railways, marine sector, gensets, power generation.

"India, with 125 billion tonnes of proven coal reserves and 500 million tones of biomass generated every year, and the huge quantities of stranded and flared gases, has a huge potential for ensuring energy security based on alternate feedstock and fuels."