In the high-decibel electoral contest of Bhabanipur assembly seat, the BJP has nominated party leader Priyanka Tibrewal. The bypoll will take place on September 30. 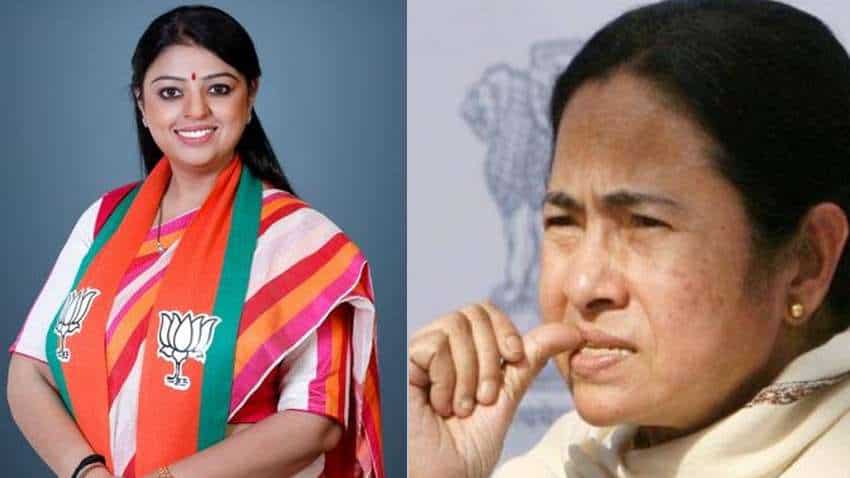 Counting of votes for Bhabanipur assembly constituency seat will be held on October 3. Images from Priyanka Tibrewal Twitter and PTI.

Here are top things to know about the BJP Priyanka Tibrewal who is challenging West Bengal CM Mamata Banerjee in Bhabanipur:-

1- Priyanka Tibrewal is a lawyer by profession

4- She studied law from Calcutta University.

5- She practices at the Calcutta High Court and the Supreme Court.

6- She also holds a Master of Business Administration degree from the Assumption University, Thailand.

7- Tibrewal is handling a wide range of cases from defending victims of atrocities of the State Government, such as in the Raniganj riot case or the Purulia murder case

8- Priyanka Tibrewal has always stood up for the cause of justice and liberty, say the party workers.

9 - Tibrewal has also held various instrumental roles in the BJP and has been a state officer bearer.

10- She played a crucial role in the recent post-poll violence incidents in West Bengal -- bringing up the cases to the Calcutta High Court to seek justice for the murder of Abhijeet Sarkar. Tibrewal has been successful in getting court order for CBI investigation and also constitution of a Special Investigation Team (SIT) for investigating the post poll violence cases.

Counting of votes for Bhabanipur assembly constituency seat will be held on October 3.

The party also announced the names of Milan Ghosh and Sujit Das for Samserganj and Jangipur seats respectively.