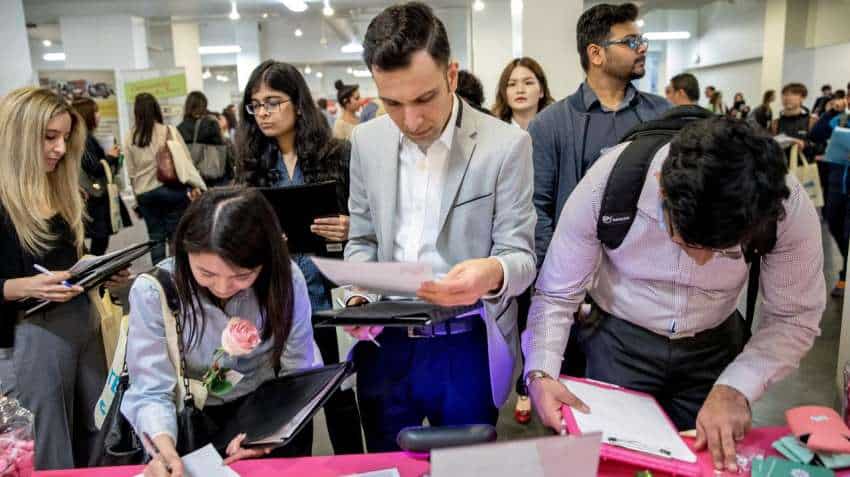 A tough jobs market, pay cuts and an ailing economy have caused unrest among the Indian professionals and those working in IT, Photo: Reuters
Written By: IANS
RELATED NEWS

A tough jobs market, pay cuts and an ailing economy have caused unrest among the Indian professionals and those working in IT, media and manufacturing feel their companies will fare worse in the next six months, a new LinkedIn survey said on Tuesday.

More than two in five media professionals said their companies will fare worse in the next six months, exhibiting a bleak outlook towards the short-term future. One in four manufacturing professionals and more than one in five IT professionals felt the same.

The overall findings showed that one in three Indians have reported a decrease in their personal incomes, whereas 48 per cent of active job seekers and 43 per cent of full-time professionals anticipate fewer job openings in the next two weeks.

"The findings show that professionals in healthcare, education and corporate services industries (such as management consulting, accounting, and human resources) are the most confident about the future of their companies".

However, self-employed professionals emerge as the worst hit with 62 per cent reporting a decrease in income as businesses adopt cost-cutting measures to avoid long-term financial insecurity.

The LinkedIn Workforce Confidence Index is based on an online survey of 2,254 members across two weeks: April 1-7 and April 13-19.

US to ban TikTok, other Chinese apps like India? What Mike Pompeo said