Embattled liquor tycoon Vijay Mallya, undergoing an extradition trial in a UK court over fraud and money laundering charges by Indian authorities, today lost a lawsuit filed by 13 Indian banks in the UK High Court seeking to collect from him more than USD 1.55 billion. 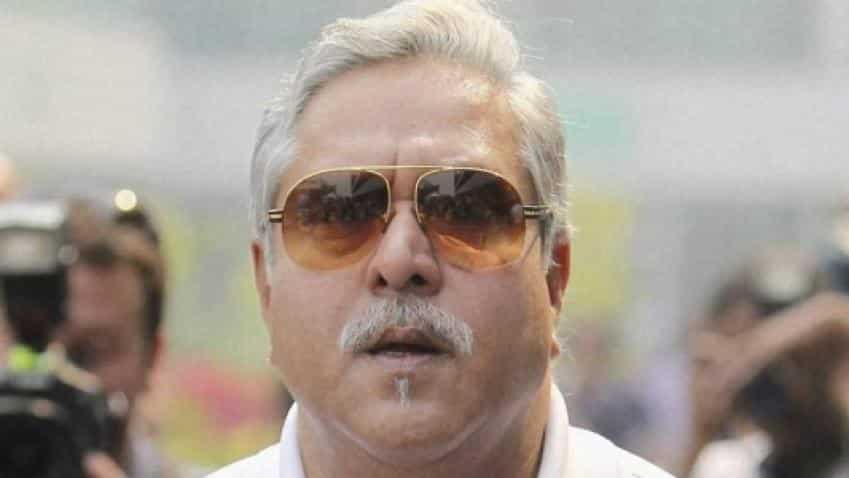 The victory for the banks, which claimed the businessman had wilfully defaulted on the loans accessed from them, will enable them to enforce the Indian judgment against Mallya's assets in England and Wales. The worldwide freezing order prevents Mallya from removing any assets from England and Wales up to that value or to in any way dispose of, deal with or diminish the value of his assets in or outside of this jurisdiction, up to the same value.

"Today's judgment is a very important decision not just for our clients, who want to proceed in this jurisdiction with enforcing the judgment they secured against Dr Mallya in India, but also for Indian and international banks more generally," said Paul Gair, from UK law firm TLT which represented the Indian banks in the London court.

"In dismissing Dr Mallya's application, the High Court has demonstrated its willingness to recognise judgments granted by courts in other jurisdictions, giving parties opportunities to enforce their judgments against any assets held here. This case also sets a strong precedent for parties to secure a worldwide freezing order when enforcing judgments against wilfull defaulters," he said.

Gair, a partner in TLT's banking and financial services litigation team, added that in a weakened global economy, "non-performing loans" present a real challenge for lenders, particularly where customers have assets located around the world.

"The English courts can play a vital role in these cases given that London is the world's leading financial centre," he noted.

TLT acted for the Indian banks in successfully defeating two applications first, an application to set aside the first recorded case of a judgment of the Debt Recovery Tribunal (DRT) in India being registered by the English High Court, and the second, to discharge an associated worldwide freezing order. The firm had also acted for the banks in November 2017 to secure the registration and freezing order, which was successfully upheld today.

The case is the latest stage in long-running litigation in which the banks are seeking to recover sums lent to the now-defunct Kingfisher Airlines Limited, guaranteed by Mallya.

The businessman was represented by Nicholas Peacock and George Heyman of Maitland Chambers, who were instructed by the law firm Macfarlanes LLP.

The High Court judge has also refused permission to appeal today's ruling, which leaves Mallya's lawyers with the only option of directly petitioning the UK's Court of Appeal.

The claim brought by 13 Indian banks against Mallya had come up for a hearing in the High Court last month. The litigation in the Queen's Bench Division of the commercial court in England's High Court of Justice lists the State Bank of India, Bank of Baroda, Corporation bank, Federal Bank Ltd, IDBI Bank,

Mallya and related concerns Ladywalk LLP, Rose Capital Ventures Ltd and Orange India Holdings are listed as respondents. The assets freeze order had forced Mallya on to a weekly allowance of 5,000 pounds, which his lawyers had managed to boost to 18,325.31 pounds a week at a hearing earlier this year.

According to court documents, the claim relates to a judgment of the Debt Recovery Tribunal (DRT) in Karnataka, which concluded that Mallya was "liable" to the banks in the sum of INR 62,033,503,879.42 plus interest.

The UK court had earlier upheld the Indian court's injunction and given Mallya's lawyers more time to respond due to the ongoing extradition trial at Westminster Magistrates' Court in London, which is now set for a hearing on July 11.

Meanwhile, Mallya remains on a 650,000-pound bail bond since his arrest on an extradition warrant by Scotland Yard in April last year.

The Crown Prosecution Service (CPS), representing the Indian government, has claimed that the evidence they have presented confirms "dishonesty" on the part of the businessman, who acquired the loans through misrepresentation and had no intentions of repaying them.

Mallya's defence team has been deposing a series of expert witnesses to try and establish that the default by Kingfisher Airlines was the result of business failure within a wider context of a global financial crisis and that its owner had no "fraudulent" intentions.