More than 40 crore bank accounts have been opened under the government's flagship financial inclusion drive Pradhan Mantri Jan Dhan Yojana (PMJDY), launched about six years ago by the Modi-government. 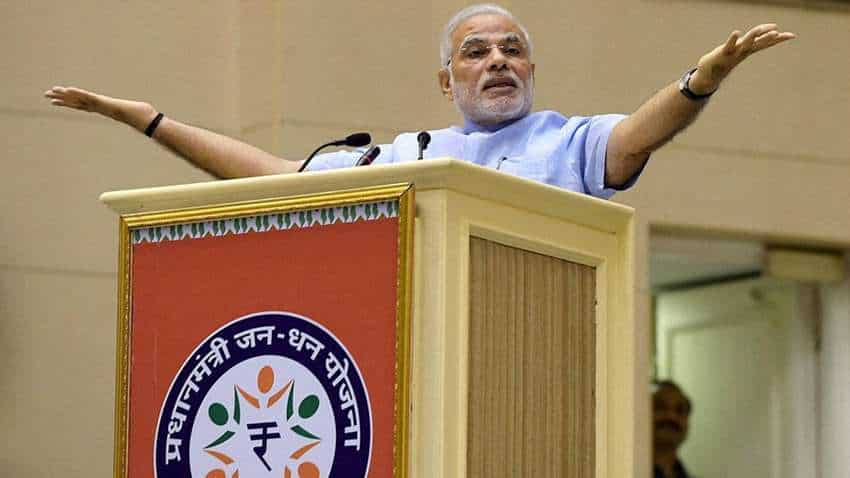 As per the latest figure, there are 40.05 crore beneficiaries of this scheme and deposits in Jan Dhan bank accounts are in excess of Rs 1.30 lakh crore. "Another milestone achieved under world's largest financial inclusion initiative, PMJDY: Total accounts opened under the scheme crosses 40 Cr. Mark. Committed to take financial inclusion to the last mile!," the Department of Financial Services said in a tweet.

The achievement comes just ahead of the sixth anniversary of PMJDY launch. The scheme was launched on August 28, 2014 with an aim to provide universal access to banking facilities to the people in the country.

Commenting on this achievement, Minister of State for Finance Anurag Singh Thakur said the Jan Dhan scheme helped in plugging leakage in the system. "Prime Minister @narendramodi's vision of financial inclusion has achieved a new milestone of 40 crore bank a/c. We've stopped leakages in the system ensuring every Rupee reaches its intended beneficiary swiftly; even during the #COVID19 pandemic via DBTs," he tweeted.

Accounts opened under the PMJDY are Basic Savings Bank Deposit (BSBD) accounts with additional features of RuPay debit card and overdraft. There is no requirement of maintaining minimum balance in BSBD accounts.

The PMJDY also envisages channelling all government benefits to the beneficiary accounts and pushing the Direct Benefit Transfer (DBT) scheme of the central government.

In view of the runaway success of the scheme, the government in 2018 enhanced the accident insurance cover to Rs 2 lakh, from Rs 1 lakh, for new accounts opened after August 28, 2018.

Besides, the overdraft limit facility was also doubled to Rs 10,000.

The government also shifted the focus on accounts from "every household" to "every unbanked adult".

Over 50 per cent of the Jan Dhan account holders are women and the government as part of the Pradhan Mantri Garib Kalyan Yojana remitted Rs 1,500 per account in three equal monthly installments to support the poor during the COVID-19 crisis.

The government on March 26, 2020 announced an ex-gratia payment of Rs 500 to be credited to women Jan Dhan account holders for three months starting from April.

The objective of the PMJDY is to ensure access to various financial services like availability of basic savings bank account, access to need based credit, remittances facility, insurance and pension to weaker sections and low income groups.