Mass production of 'Bhabha Kavach' held up due to pending test

Bulk production of the `Bhabha Kavach`, India`s indigenously developed bullet-proof jacket is yet to kick-start because of an additional bullet-speed test that is pending with its maker. 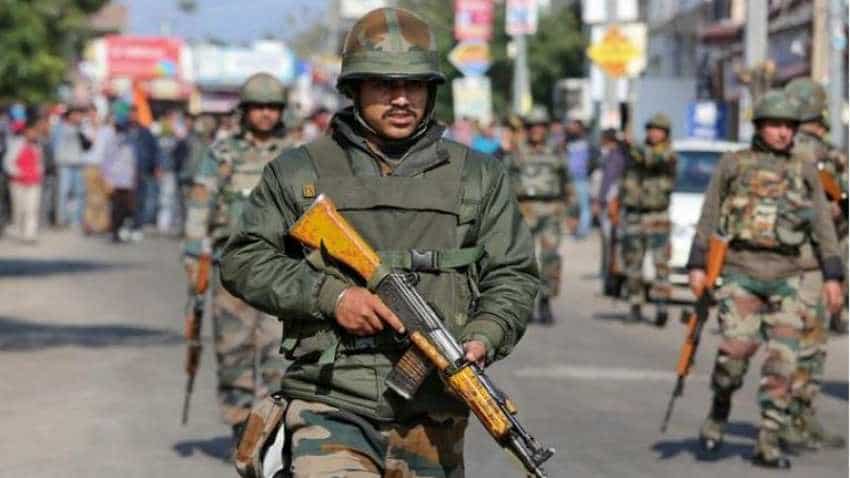 According to Home Ministry, the Ordnance Equipment Factory (OEF) had succeeded in making the jacket strong enough to withstand bullets with speeds of 630 metres per second. Image source: Reuters
Written By: IANS
RELATED NEWS

Bulk production of the `Bhabha Kavach`, India`s indigenously developed bullet-proof jacket is yet to kick-start because of an additional bullet-speed test that is pending with its maker. The test will ensure that the jacket complies with the specifications of the Bureau of Indian Standards (BIS). The jacket`s maker, Kanpur-based state-owned Ordnance Equipment Factory (OEF), had given its final clearance for the mass production after successfully completing all tests as per home ministry specifications. However, an additional parameter was added after the BIS notified its standards for bullet-proof jackets earlier this year.

More tests are likely to be conducted at the Gandhinagar-based Gujarat Forensic Science University next month. The OEF expects huge orders from the Army, Central paramilitary forces and provincial police forces for the `Bhabha Kavach`. As per sources, the Army had placed an order with a Palwal-based private company for a consignment of 2 lakh jackets.

"However, the company could only deliver 20,000 jackets. During demonstrations, the company had used raw material procured from the US for the jackets. However, examination of shipping consignments after delivery of final products showed that inferior Chinese raw material had been used," added the official.

The OEF expects that the rest of the order for 1.80 lakh jackets from the Army will also fall into its kitty. The paramilitary forces are also not leaving any stone unturned in ensuring that the jacket meets all quality standards. As per sources, a panel has been formed by various paramilitary forces with the Central Reserve Police Force (CRPF) at its helm to ensure that the product meets all quality standards. Officials of the CRPF will also accompany the OEF during the final testing of the jacket that is due to be held next month.

The jacket gives 360 degree protection against bullets and has achieved the protection level of National Institute of Justice (NIJ) Level III+. It is the lightest bullet-proof jacket and provides protection against 7.62 mm hard steel core or bullets fired from an AK-47 rifle, 5.56 mm INSAS bullet and even the recently decommissioned 7.65 mm bullet of self-loading rifle (SLR). Officials said export orders for the jacket are expected from South American, African and East Asian countries.