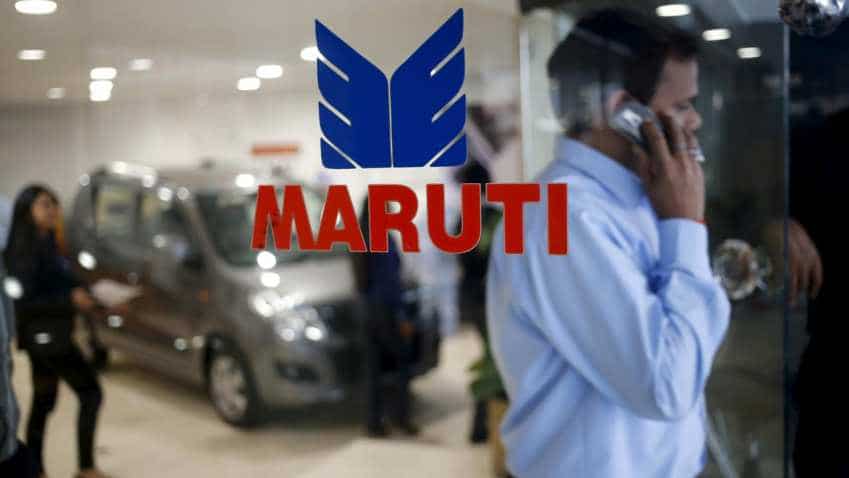 After cracking to under Rs 6,000-mark, Maruti Suzuki share price reversed  trends and was trading above 1% on Monday's trading session. At around 1331 hours, Maruti shares were performing at Rs 6042.35 per piece above Rs 70.40 or 1.18% on Sensex. In early openings, the stock has also touched an intraday high and low of Rs 6055.65 per piece and Rs 5960 per piece respectively. Maruti has been struggling to retain good sales in past couple of quarters, as overall domestic sales take hit in auto sector. However, Maruti still has a potential for upswing. In fact, transition towards BS-VI norms, monsoon and rural sales will play major role going forward.

Vikas Jain, Senior Analysts at Reliance Securities said, "Looking ahead, we expect MSIL’s volume to clock ~8% CAGR over FY19-FY21E. In view of better visibility on its BS-VI products and its affordable incremental pricing, we expect market share gain and margin improvement for MSIL, going forward. We expect MSIL’s EBIDTA margins to improve to 13.5% in FY21E from current ~10%. Expecting meaningful improvement in rural demand, strong product pipeline and attractive valuation, we maintain our positive stance on the stock."

However, MSIL has launched its BS-VI products starting with new Alto at affordable pricing.

Jain said, "We believe that its BS-VI products would be launched at most competitive pricing with better technology, whichwould help MSIL to gain further market shares from 2HFY20E onwards."

Expect PV industry to recover with normal monsoon. Last year’s monsoon deficit impacted the rural demand since 2HFY19. This year, the monsoon deficit is steadily reducing at rapid pace now. Hence, in case of normal monsoon, we expect healthy rural sales for PVs in 2HFY20E and FY21E. MSIL’s strong rural traction would sustain on the back of government’s rural thrust and wide rural network in the long-term, which Jain believe to help MSIL to outperform  the domestic PV industry. Adding he said, "We believe the industry demand situation may remain low in 1HFY20E, while it would bounce back in 2HFY20E."

It is being believed that effective cost control measures and overall inventory reduction at industry level would result in lower discounts and bring back pricing power for the PV maker, going forward. This would help MSIL in reaching closer to its long-term average EBIDTA margin of ~14%, going forward.

That said, Jain has set a target price of Rs 6,900 on Maruti shares, with a stop loss of Rs 5,675. Taking consideration the target price, Maruti has a potential for an upside of over 14% on Dalal Street.