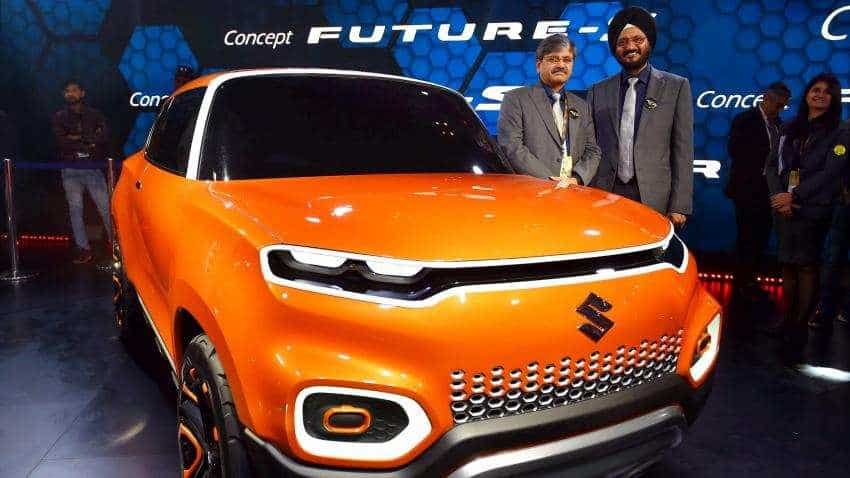 Maruti Suzuki rolls out guidelines for staffs to counter COVID-19, says no compromise will be made on customer safety

On expected lines, investors dampen passenger carmaker Maruti Suzuki's shares heavily on Dalal Street. The stock was trading at Rs 6844.40 when the market closed. Reason behind such bleak sentiment was that Maruti posted a decline of 4.59% in net profit to Rs 1,795.6 crore during Q4FY19, compared to Rs 1,882.1 crore in the corresponding period of previous year. Revenue from operations was at Rs 21,459.4 crore in Q4FY19 up by 1.38% versus Rs 21,165.6 crore in Q4FY18. Hence, should you buy or sell Maruti shares? Find out!

Jay Kale and Vijay Gyanchandani analysts at Elara Capital said, "While Q4 margin disappointed, we expect it to gradually improve from Q1FY20 as some one-offs in Q4 may get reversed and likely lower discounts (volume though is expected to recover only from Q2FY20). We are impressed by Maruti’s sustained market share gains despite increased competition (FY19 share up 120bp in PV)."

However, the duo added, "We cut our EPS by 6-10% over FY20-21E to factor in lower margin and volume growth. We revise to Accumulate from Buy with a new TP of INR 7,439 from INR 7,827 based on 23x (unchanged) FY21E P/E, which is at a 12% discount to the past three-year average as growth slows and we roll forward. Key risks remain sustained industry slowdown and market share loss in PV."

Explaining overall auto industry situation, CLSA points out that, Indian auto demand has weakened sharply in the last 6M and there are no signs of slowdown spreading into other categories such as staples and electronics. New regulations will push up vehicle costs over the next 1Y posing further headwinds, although petrol cars should see a relatively lower cost impact, making Maruti less vulnerable.

CLSA says, "Maruti expects to outgrow the industry in FY20 and is planning for 4-8% production growth. We assume 5%/8% volume growth for Maruti in FY20/21."

The global rating agency expects better margins in 1H with competitive intensity remains benign. It said, "After 2Y of rally, global steel/ally prices have fallen 13%/27% from peaks, and the benefit should start to flow through in 1HFY20. Any demand recovery could provide further support to margins through better pricing power and operating leverage. A sharp INR depreciation, especially with rising oil prices, is a key risk though. Competition in PVs is also benign and, unlike 2Ws, OEMs are not trying to aggressively gain market share at cost of margins."

For Maruti's FY20, CLSA says, "Demand is still weak and we don’t expect a big recovery in FY20; however, competition in passenger vehicles remains benign. We expect margins to improve in coming quarters as the benefit of lower commodity prices starts to flow through, and any demand recovery could provide further support. Stock is down 30% from peak and valuations are finding support at ~20x PE. We cut FY20CL EPS by 3% on lower margins, but retain BUY with Rs8,000 TP."

Maruti for FY19 said, "This was a difficult year because of adverse foreign exchange rates and increase in commodity prices. The second SMG plant in Gujarat was commissioned leading to a higher depreciation expense. The overall market was slow and had to be supported by higher sales promotion expenses. This was partially offset by cost reduction efforts."

Maruti Suzuki rolls out guidelines for staffs to counter COVID-19, says no compromise will be made on customer safety