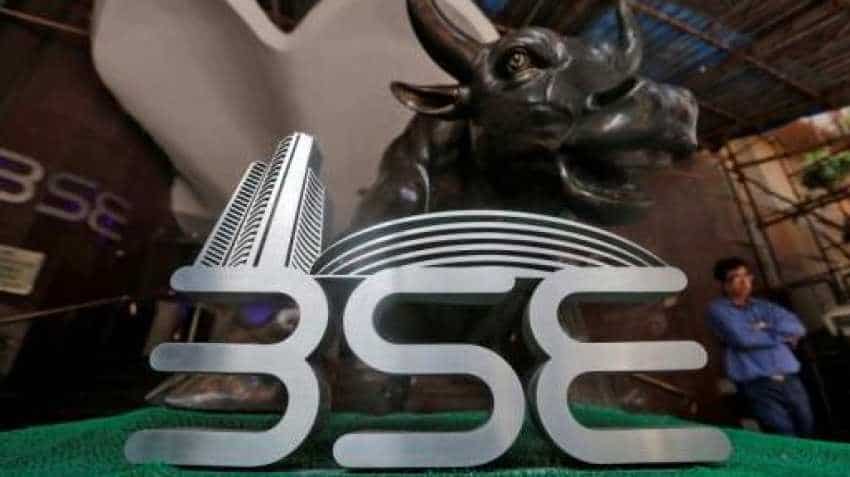 Asian shares took a breather on Thursday after an extended rally, as markets awaited more news on U.S.-China trade talks that have raised hopes of a deal to avert an all-out trade war between the economic giants.
Written By: ZeeBiz WebTeam
RELATED NEWS

Taking a breather after four straight session gains, Indian indices today opened lower. The BSE Sensex opened near 45 points lower while Nifty came down by near 18 points, slipping below the psychological 10,850 level. Banking, realty, auto and tech stocks were among the gainers while oil and gas, infra, power and energy sectoral stocks were in top losers list. Chandan Taparia, Derivative & Technical Analyst at Motilal Oswal told Zee Business online, "Markets are bullish but the Nifty has huge resistance in between 10,850-10.950 levels. Once it breaches this level, we can hope to witness the 11,000 level any time."

Meanwhile, Tata Steel continued its slide and slipped by around 10 percent in early session trade on Thursday. In fact, Tata Steel was the top loser in the early session of the trade followed by Delta Corp, Infratel and BPCL. Delta Corp and Infratel shares were down by more than 2 percent while BPCL shares went southward by more than 1.5 percent from its Wednesday close.

Asian shares took a breather on Thursday after an extended rally, as markets awaited more news on U.S.-China trade talks that have raised hopes of a deal to avert an all-out trade war between the economic giants. MSCI`s broadest index of Asia-Pacific shares outside Japan lost 0.2 percent, reversing course after briefly touching a near four-week high early in the session.

Australian shares eased 0.3 percent, while Japan`s Nikkei was down 1.4 percent by the midday break. Hong Kong`s Hang Seng was off nearly half a percent, while China`s blue-chip CSI 300 lost 0.1 percent. Wall Street`s S&P 500 rose 0.41 percent on Wednesday, extending its gains from 20-month lows touched around Christmas to more than 10 percent.