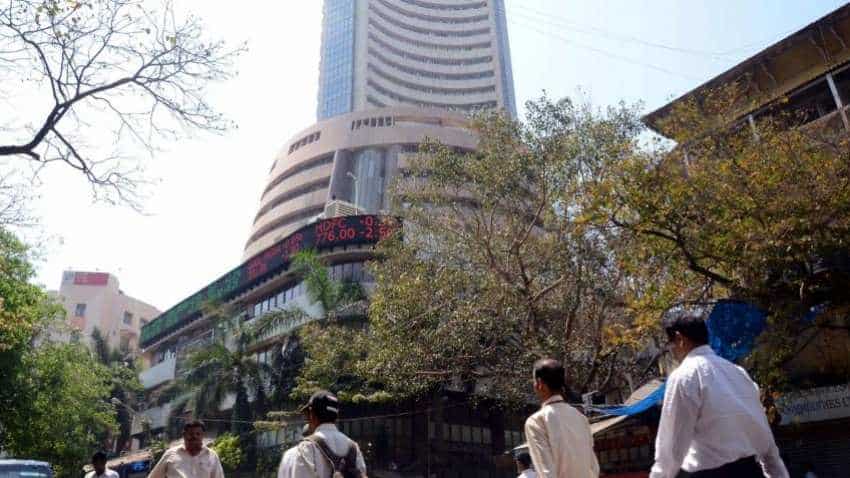 Stock markets begins with a positive start today, with the Nifty trading around 11,400 in the opening tick, while the Sensex gained 100 points. Image source: IANS
Written By: ZeeBiz WebTeam
RELATED NEWS

Earlier on Monday, Indian shares ended lower for a second straight session led by financial stocks such as HDFC and HDFC Bank, while the rupee hit an all-time low against the dollar.

The rupee today recovered from all-time low of 69.91 and strengthened by 23 paise to 69.68 against the US dollar in opening trade at the interbank foreign exchange market on some macroeconomic boost.

The rupee on Monday had plunged by Rs 1.08, or 1.57 per cent, to a record low of 69.91 against the US currency amid fears that Turkish currency turmoil could turn out into global financial crisis.

Meanwhile, Turkey`s worsening currency crisis sent world equities lower and cut into the value of emerging market stocks and currencies on Monday, while boosting the prices of German bonds and other stable assets.

The MSCI world equity index, which tracks shares in 47 countries, was down 0.8 percent on the day and 1.8 percent since Friday`s open as the Turkish lira plunged to a record low, forcing the country`s finance minister to announce an economic action plan to ease nerves.

The lira has tumbled on worries over President Tayyip Erdogan`s increasing control over the economy and deteriorating relations with the United States. It fell as much as 12 percent at one stage on Monday, then recovered to a loss of 8.5 percent.

Emerging market stocks lost 1.97 percent. In the United States, new record highs for Apple Inc and Amazon.com Inc were not enough to outweigh declines in financial companies that are the most likely to be affected by the steep decline in the lira.