The equity markets will remain closed on Tuesday and Wednesday on account of Dussehra and Muharram. 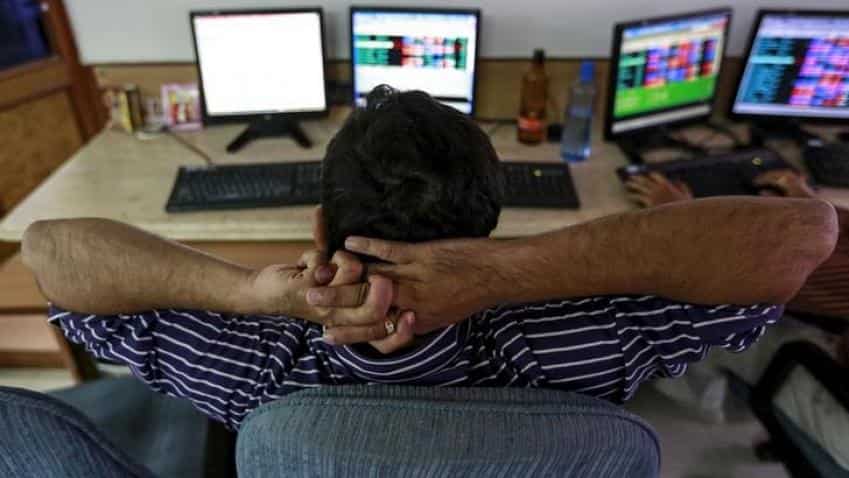 The ongoing quarterly results season, the release of major macro-economic data and global trends are expected to set the tone for the Indian equity markets during the upcoming week.

The second quarter results season started on October 7. TCS is expected to be the first blue chip firm to come out with its results on October 13, followed a day later by Infosys during the truncated week.

According to D.K. Aggarwal, Chairman and Managing Director, SMC Investments and Advisors, the NSE Nifty is expected to remain rage bound between 8,600-8,800 levels with an upward bias.

"Besides this, some macroeconomic data, investment by FPIs and DIIs (Domestic Institutional Investors), the movement of rupee against the dollar and crude oil price movement will give some direction to the market in the near term," he added.

The equity markets will remain closed on Tuesday and Wednesday on account of Dussehra and Muharram.

"The first half of the week is punctuated by trading holidays which could ensure a flattish close on most days," James predicted. Besides, the recently released US non-farm payroll employment data is exepceted to support the key indices` upward movement.

On Friday, the US Bureau of Labor Statistics reported that the total non-farm payroll employment increased by 156,000 in September, whereas the unemployment rate remained little changed at 5 per cent.

The data assumes significance as it acts as a gauge for the likelihood of a rate hike by the US Federal Reserve in December.

A rate-hike can potentially lead FPIs (Foreign Portfolio Investors) away from emerging markets such as India, and is also expected to dent business margins as access to capital from the US will become expensive.

"Markets would again focus on global developments, especially the crude prices, the steep fall in the Pound and the rise in US treasury rates," Devendra Nevgi, Chief Executive of ZyFin Advisors, told IANS.

"Central banks like ECB (European Central Bank) have realised the limitations of QE (quantitative easing) to be effective. The employment data came out to be softer in US, easing some of the worries on a early Fed rate hike, though this can`t be ruled out."

In addition, other major cues will include the release of key macro-economic data points during the upcoming week.

Key macro-economic data points, such as the factory output numbers -- the IIP -- for August and inflation figures for September are expected to be released on Monday.

These data points can provide cues on the Reserve Bank of India`s next round of monetary policy easing.

Desai pointed out that the pace of FIIs` (Foreign Institutional Investors) fund inflow into equity segment will be a crucial determining factor for the movement of key indices.

The provisional figures from the stock exchanges showed that the week ended October 7 witnessed an appreciable inflow of Rs 1,031.40 crore in foreign funds.

Figures from the National Securities Depository (NSDL) disclosed that foreign portfolio investors (FPIs) were net buyers of equities worth Rs 1,444.87 crore, or $217.06 million from October 3 to 7.

Madhavbaug Half Yearly Results: Check profit after tax and other earnings details