Market Outlook: Continuous downtrend looks to be a thing of the past 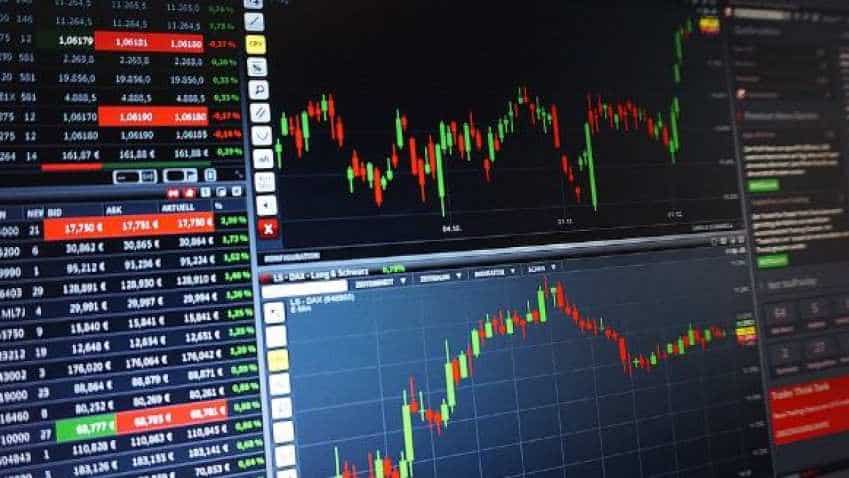 It was a great week for the bourses as markets gained on each of the five trading days last week. BSESENSEX gained 1,171.30 points or 3.07 per cent to close at 39,298.38 points.
Written By: ZeeBiz WebTeam
Edited By: Manas Tiwari
RELATED NEWS

The top performing sector was BSEAUTO which gained 7.88 per cent while the worst performing was BSE IT which lost 0.08 per cent. The top gainer in individual stocks was Yes Bank which has been on a downward trend from March 2019 from a level of Rs 285 to Rs 29 in October 2019. The stock gained 29.80 per cent to close at Rs 51.40.

The two PSU ETFs had a stellar performance for the week. Units of Bharat 22, the ETF managed by ICICI, were allotted at Rs 33.68 in the recent FFO. They have gained Rs 1.52 since the allotment. The gain during the week was Rs 1.35 or 3.99 per cent. CPSE ETF gained Rs 1.60 or 6.93 per cent during the week to close at Rs 24.69. The fundamentals of PSU stocks are without doubt and the moment fresh supply stops, they gain.

Shares of IRCTC listed on Monday and made stellar gains on expected lines. Shares were issued at Rs 320 and they closed on debut day at Rs 728.60, a gain of Rs 408.60 or 127.69 per cent. Delivery on day one was 154.11 lakh shares, which was 76.44 per cent of the IPO size of 201.6 crore shares. Shares of IRCTC gained further during the week and closed at Rs 779.20. This is the best performance by any PSU stock on debut day ever and probably would rank as the top three in all stocks.

The other IPO to list was from Vishwaraj Sugar Industries Limited which closed with gains of 50 paisa at Rs 60.50 against the IPO price of Rs 60.

Corporate results seem to be doing well but they should be factored in after taking cognizance of the lower tax to be paid as a result of the change in corporate taxes announced by the Finance Minister. In the quarterly results for the period July to September 2019, the tax rate gets skewed as the benefit of the lower tax rate appears to be significantly higher as the benefit of the previous quarter tax rate is adjusted.

GJEPC (Gem and Jewellery Export Promotion Council) announced its results for the quarter and half year ended September 2019. India`s exports of cut and polished diamonds in the first half of 2019-20 were down 18.84 per cent to 10,290.3 million dollars against 12,679.50 million. Similarly, export of gold jewellery was marginally down 0.67 per cent to 6,119.75 million against 6,161.31 million. Overall exports, including gemstones, silver jewellery and medallions were down 7.58 per cent at 18,877.98 million dollars versus 20,427.27 million. The council is committed to creating additional jobs of 2 million and take the total employment to 7 million by 2025. They also stand committed to take India`s exports to 75 billion dollars by 2025.

Markets begin with a trading holiday on Monday on account of state elections in Maharashtra and Haryana. Both the exchanges are located in Mumbai and hence the holiday becomes mandatory. The mood seems to be changing, though slowly. The penchant to short the market has not yet gone and the markets still have its bogey stocks which continue to be under selling pressure. The rebound in Yes Bank is one such example.

There is expectation that the income tax rate cut for individuals is expected any day and was delayed on account of the model code of conduct on account of state elections being announced kicking in. With elections over on Monday, this announcement could happen any day soon and be a Diwali bonus to the citizens. This could help change the mood in the market place.

With the breadth in the market improving and corporate results improving on account of the tax cut in corporate tax, things are looking brighter. The cleansing of the system, where corrupt corporates have been booked and brought to task, is painful in the short term but indicates the mindset of the government and the resolve to cleanse the system. Markets are likely to maintain their upward stance and with FPIs having stopped their selling spree, things would get better going forward. Look for value to add to your positions in the markets. While there would be corrections on and off, the continuous downtrend looks to be a thing of the past.