Anil Singhvi, Managing Editor, Zee Business, says slight fluctuation and correction will be seen in the market in the first 15 days of August after which it will turn bullish. 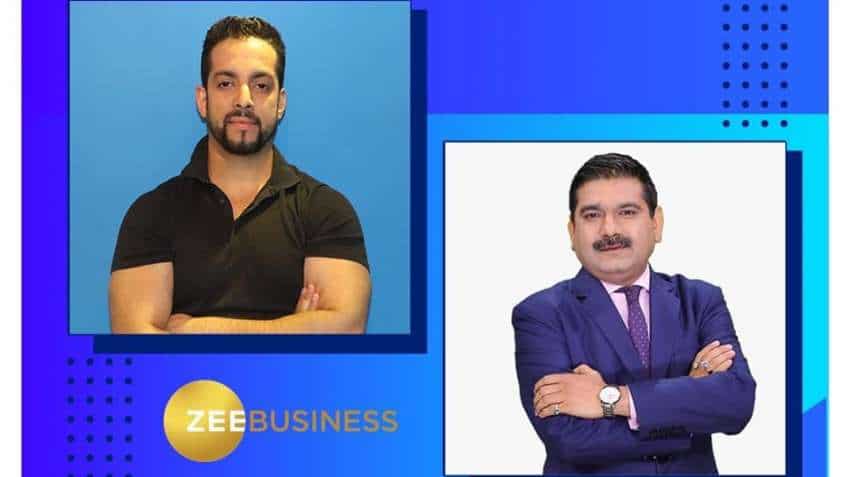 Anil Singhvi suggested that investors looking towards banking and financial stocks for investment can invest in HDFC Bank and ICICI Bank after the correction happens.

Anil Singhvi, Managing Editor, Zee Business, says slight fluctuation and correction will be seen in the market in the first 15 days of August after which it will turn bullish. During a candid radio chat with RJ Salil Acharya, Radio City, 91.1 FM, Mumbai, Singhvi suggested that investors looking towards banking and financial stocks for investment can invest in HDFC Bank and ICICI Bank after the correction happens and they get a chance to do so. ICICI bank should be their first choice for the purpose.

RJ Salil in his question said a lot of fluctuation has been there in the market in the recent past where simultaneous up and down of up to 600 points was seen. Such events are normally seen at the end of the month in the market. But do you think that such decisions are being taken in the world that can affect the market to which Mr Singhvi replied by sighting an example, what will happen if I ask you to walk on the road continuously? I believe you will not enjoy the journey and feel that I have provided work to you. But, the situation will be completely different, if I ask you to come to a theme park with me and go for a rollercoaster ride. I think it will be fun.

Same is the condition of the market. It will not be interesting if it starts moving in a straight line. Fluctuations make them interesting. This is a way in which the market keeps you busy. The market will keep you busy for the next 10 days. RBI’s credit policy is a big trigger after which the market will decide what should be done. But, the market in the first 15 days of August will keep a trend where slights ups and downs, correction, weakness and strengths will be seen after which it will become stable and start moving in a positive direction. So, there is a clear cut view that you should think about investing in the next 10-15 days, whenever there is a weakness in the market. You can get them at low levels and there is no need to rush the market will provide a chance to invest, but you will have to wait for it.

When asked about the stocks on which the investors can look upon after the policy is announced, Mr Singhvi said, they can invest in HDFC Bank and ICICI Bank but after a correction that will happen in next 10 days of the announcement. He said there are the two largest and strongest banks in the private sector. He added, the only problem with HDFC Bank is that it has been bullish and has been performed a lot in the recent past, so allow a little correction. Talking about the ICICI Bank, he said, it hasn’t moved a lot thus it is safer to earn returns. But both of them are good for your fixed deposits. However, you want to buy these stocks than ICICI Bank should be your first preference and HDFC Bank can be the second choice.

On a question that can one opt Gold and Silver as an investment tool, Mr Singhvi replied, the recent movement has given a sense to me and I think it would have happened with other as well that our better halves are more sensible than us. Whether we have earned money from the stock market or not, but have a look at how the prices of these metals, Gold and Silver, has increased and just think about the earnings of those, who have invested on these metals. So, I would like to give you a clear and specific opinion that these metals are bullish at present and this bullishness will continue from here. However, there will be a slight correction in them in which the Silver may come down from Rs 70,000-range to Rs 62,000 to Rs 63,000 levels, where you can enter into the segment. Similarly, you can enter into Gold when it comes down from current Rs 55,000-range to Rs 50,000 to Rs 51,000 levels. Then get ready for a large bullishness. This is going to be the last opportunity to invest in Gold and Silver.

Market Guru in talks with RJ Salil Acharya of Radio City is a 12 part series of interviews on stocks market.