Anil Singhvi, Managing Editor, Zee Business, says people can invest in Housing Finance Companies (HFCs), like HDFC Ltd, LIC Housing Finance and Can Fin Homes, as the changes made in the latest credit policy is beneficial for HFCs and the banks that lend in the housing segment 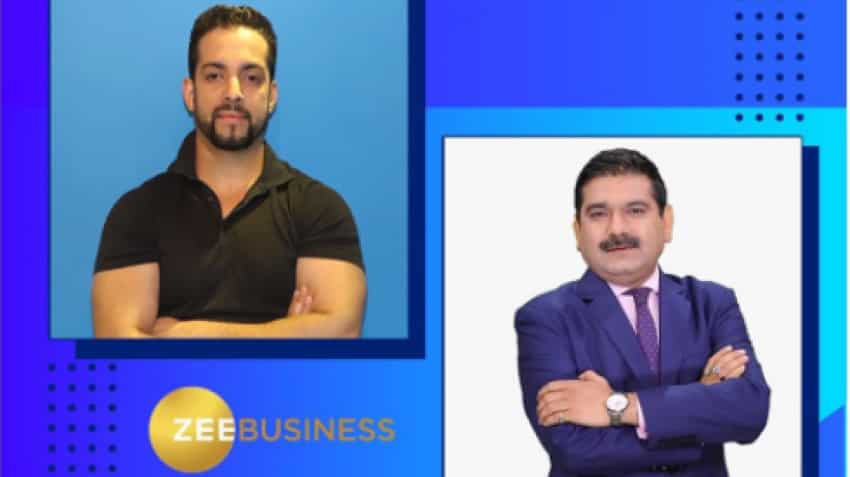 Anil Singhvi, Managing Editor, Zee Business, says people can invest in Housing Finance Companies (HFCs), like HDFC Ltd, LIC Housing Finance and Can Fin Homes, as the changes made in the latest credit policy is beneficial for HFCs and the banks that lend in the housing segment. During a candid radio chat with RJ Salil Acharya, Radio City, 91.1 FM, Mumbai, Mr Singhvi, said the GDP numbers of Bangladesh will not have any impact on our markets as we complete with strong nations like Europe and the US.

Starting the chat, RJ Salil said the markets were quite bullish for few days and then expectancy was lost. He compared the market condition with a child at every home, who waits at home with a thought that when his/her father will come home will bring a car for them but he gives them a toffee, though the toffee is good, he/she says you promised a car. I think the same has happened with the market from the government’s side. In his reply to the statement by saying, absolutely, it is said that what is kept in the name, leave the name see what is kept in a letter and it can make a huge difference. The market was expecting that the finance minister during the press conference will say something about Long Term Capital Gains (LTCG) but she didn’t add G to it. She spoke about LTC (Leave Travel Concession) and the market felt what has happened with G, where is it? Maybe she forgets to add G to it. The market was expecting that LTCG will go away. But joking apart look it in this way that there has been a non-stop rise of 1,200 points on Nifty and let me tell you that after April 2018, this is the first instance in which the market has closed in the green for consecutive nine days. What better is required? So, after being bullish for these days, an atmosphere of profit booking and calmness has been created. There is no need to panic.

Then RJ Salil asked, Diwali is next month, so do you think that the sentiments will improve as Dhanteras and Diwali are coming. Mr Singhvi in his reply said, few people buy coins but yes Gold prices will definitely go up in the wedding season which will start soon after Diwali. Today, I would like to tell an interesting fact to you and that is that after a very long time Gold prices at the store level, where you go to buy gold, has gone up instead of the exchanges.

In the next question, RJ Salil mentioned the GDP report of Bangladesh and has raised a question that India growth rate is at – (minus) 10% and Bangladesh is at + (plus) 3% and does he feel that it can have an impact on the market. To this, Mr Singhvi said it can be good news for the markets of Bangladesh but it will not have any impact on our market. May Bangladesh goes good or Pakistan do well or bad, we have competition with big nations and we compete with Europe and the US and they can impact us not these countries.

Then RJ Salil enquired about the stocks on which his listeners can focus upon this week. He also mentioned that Mr Singhvi during the previous talk last week asked to pay attention to banks and then ICICI Bank performed bullishly and ran up to Rs 408 per share but saw a correction soon. To which Mr Singhvi said to focus on Housing Finance Companies (HFCs) and buy them on fall because the changes made in the latest RBI’s credit policy is beneficial for the housing finance companies as well as the banks who provide housing loans. HDFC Ltd, LIC Housing Finance and Can Fin Homes are few housing finance companies that one can buy on a fall.