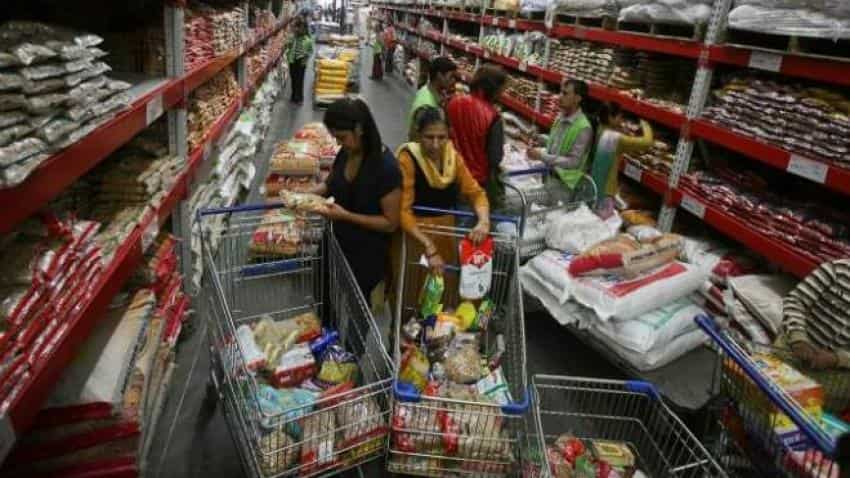 The market valuation of Avenue Supermarts, the operator of retail chain D-Mart, quoted above Rs 1 lakh crore-mark for the first time today on market closing basis. It had briefly touched this mark in intraday trade on Tuesday.

Shares of Avenue Supermarts got listed on bourses on March 21, 2017. Since listing, the stock has gained over 150 per cent. The scrip had more than doubled on the listing day, opening at Rs 641, adding 115 per cent against issue price.

D-Mart is the most profitable retail company in India. The retail chain had 118 stores in 45 cities by January 2017. It added 14 stores (0.5mn sq.ft.) in FY18 taking the total stores to 155 with 24 stores added in FY 18 (21 in FY17. Maharashtra and Gujarat saw just 3 store additions; top 4 clusters added 11 stores while Punjab, Tamil Nadu, Rajasthan and MP saw fast scale up at low base.

The company opens at least 10-15 new D-Mart stores each year.

"D-Mart is creating future engines of growth as it 1) accelerated store openings to 24 in Fy18 2) added just 3 stores in mature clusters of Maharashtra and Gujarat and focused more on less penetrated clusters 3) acquired 50.8% stake of promoters in E‐Commerce JV and 4) increased proportion of higher margin general merchandise and apparel by 160bps. Although expansion into new clusters and E‐ com can lower near term margin expansion, medium term strategy seems intact," said Prabhudas Lilladher in a research note.

Last month, promoter Radhakishan Damani completed sale of 62.4 lakh shares of the company to ensure that the firm meets the minimum public shareholding norms. The shares sold constitute 1 per cent of the paidup equity share capital of the company, the company said in an exchange notice.