Responding to another query, he said about 43,629 households were surveyed by the SBCC, before it submitted its report to the state government. 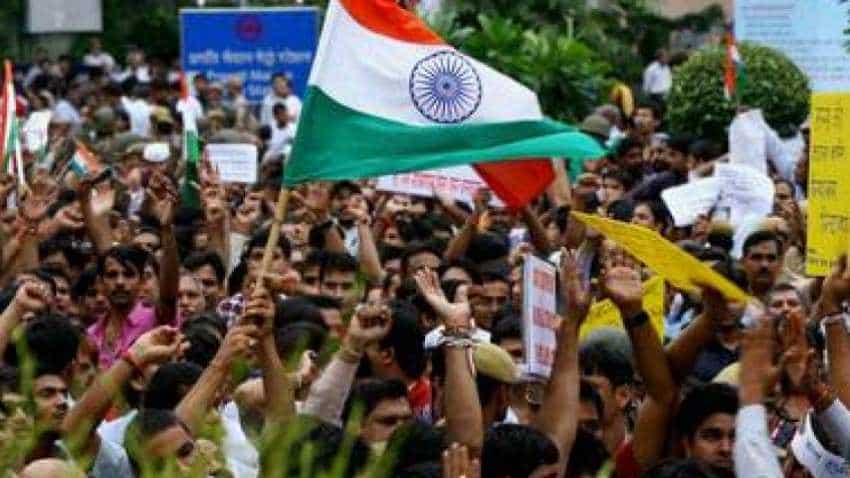 Maharashtra State Backward Class Commission (SBCC) surveyed 43,629 households before submitting its report on the social and economic conditions of the Maratha community, which has been demanding reservation, Image source:PTI
Written By: PTI
RELATED NEWS

The Maharashtra State Backward Class Commission (SBCC) surveyed 43,629 households before submitting its report on the social and economic conditions of the Maratha community, which has been demanding reservation.

State Social Justice Minister Rajkumar Badole has told this to the Legislative Council in response to a question asked by Congress MLC Sharad Ranpise, Leader of Opposition Dhananjay Munde, NCP member Hemant Takle and others.

In their question, the opposition members claimed that when the pro-quota protests by the Maratha community members turned violent, police had fired gunshots and many even ended their own lives over the issue.

They also alleged that when a bandh was called on August 9 this year, police had registered false cases against innocent people. They added that leaders across the party lines had met the Superintendent of Police to demand withdrawal of such cases.

In his response, Badole said police had taken action in accordance with the law, at places where protests for Maratha reservation turned violent in July-August 2018.

Responding to another query, he said about 43,629 households were surveyed by the SBCC, before it submitted its report to the state government.

Badole said the government was in the process of providing assistance to the families of the protesters who have died.

He added that as per a Government Resolution (GR) issued on October 26, 2018, a committee has been formed under the Additional Director General of Police to take further action on withdrawal of cases against the protesters.

"An inquiry has been conducted into the complaints made by legislators about false cases being lodged (against the protesters). It was found that no false case was lodged against any innocent. All the arrests have been made based on the evidence found against them and no arrest have been made where there was no evidence," Badole said.

The politically dominant Maratha community constitutes over 30 per cent of the state's population. The community has been demanding quota for a long time and its agitation for the same in July and August this year had taken a violent turn.

After the commission submitted its report to the government last week, Chief Minister Devendra Fadnavis had hinted that the demand for quota would be fulfilled.

According to government sources, the commission's report has said that Marathas are a "socially and educationally backward class of citizens" with minuscule representation in government and semi-government services.