Manpasand Beverages plunges 44.70% in 6 days; here is why this is not a buying opportunity 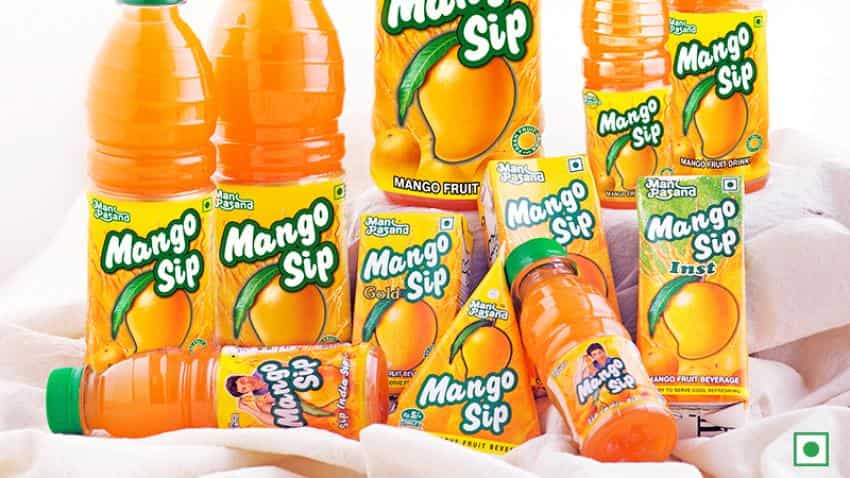 One of the largest fruit juice makers in the country, Manpasand Beverages is currently not so ‘pasand’ on stock markets, as the company on Wednesday hit its lower circuit on BSE. This company has been facing heat from investors for the sixth consecutive day, after it informed bourses that its auditor Deloitte Haskins & Sells, Chartered Accountants, Vadodara, resigned as Statutory Auditors of the company w.e.f. May 26, 2018. Now, this internal change in the company has put the stock on the hot seat. What is really intriguing is the reason behind the resignation which leads to even more surprises at Manpasand.

On May 23, Manpasand intimated to the respective stock exchanges about Board Meeting scheduled to be held on May 30, 2018 to inter alia to consider and adopt Audited Financial Results for the F.Y. ended 31st March, 2018 and to declare final dividend.

But what was more interesting is that, Manpasand also closed trading window  from May 23, 2018 till forty-eight hours after the date of Board Meeting, for Directors, Officers and Designated Employees, and their immediate relatives.

Later on May 26, Deloitte Haskins & Sells submitted their resignation to the company which was delivered by hand after working hours.

Further on May 27, Manpasand called a meeting of the Audit Committee and considered the resignation tendered by the existing auditors (Deloitte Haskins & Sells) and recommended for its acceptance to the Board of Directors.

Now the drop in share price was triggered by an article written in Economic Times which said,  Deloitte’s move was triggered by the lack of cooperation from Manpasand on sharing with the auditor some crucial data related to capital expenditure and revenue and the auditors were seeking these details for at least a month, but those were never provided.

Due to this allegations, Manpasand released the resignation letter of Deloitte where the auditor said, “We would be unable to complete the statutory audit of the financial statement of the company for the year end March 31, 2018 by May 30, 2018.”

Therefore, Deloitte said, “Under the circumstances, and as per our discussion with you, we are submitting our resignation as statutory auditors of the company with immediate effect.”

Yet there was no clarity given to why Deloitte could not finish the financial report. Deloitte was the statutory auditor of Manpasand since FY11.

Last year, the announcement of the fourth quarter results was postponed from 29th May 2017 to 13th June 2017, marking a delay of 15 days. Moreover, the results were announced without any qualification by the statutory auditor.

Chintan Modi and Lopa Thakkar analysts at Motilal Oswal said, “This event has come as a surprise, just ahead of the earnings release. We will wait for the 4QFY18 results and further disclosures. We, thus, put our rating ‘Under Review’.”

Rohit Chordia, Jaykumar Doshi and Aniket Sethi analysts at Kotak Institutional Equities said, “ While the company’s Board has appointed new auditors (Mehra Goel & Co.), we lack comfort on rating the company given the lack of disclosure on reasons for the resignation of the earlier auditors. We shall review our stance post the publication of the annual results (likely in first half of June) or the FY2018 annual report.”

Such event has made the future of Manpasand stock price’s future bleak. The company has been among a promising FMCG performer not in stock markets but even in terms of financial performance.

Last month, Axis Capital has said, “At CMP, MANB trades at 27.2x FY20E earnings, at a discount to some of its FMCG peers and Global peers. Given robust revenue and earnings growth we value MANB at 34x P/E arriving at a Target Price of Rs 528 per share (25% upside) over 12-18 months horizon.”

However, with this event the share price has tumbled by 51.49% in a year. Manpasand had touched an high of Rs 511.83 per piece, which showed it’s capability for touching further highs.

But looks like Manpasand will have to wait for awhile in seeing over Rs 500-mark.

But even this firm has suspended ratings for now.

Analysts at Religare said, “We believe there is lack of clarity in terms of resignation of the statutory auditors given the lack of disclosures provided by the company. Despite the management's clarification on the event being 'coincidental' (auditor resigning just before Q4 results) and it re-iterating its confidence on long term growth prospects of the company, the stock witnessed significant selling pressure.”

They added, “We believe the stock could face uncertain times in the near term in wake of this development and hence, we have decided to suspend our coverage on the stock until further clarity from the management.”

From above, as an investor we might want to wait till Q4FY18 result announcement to derive any conclusion over the company.