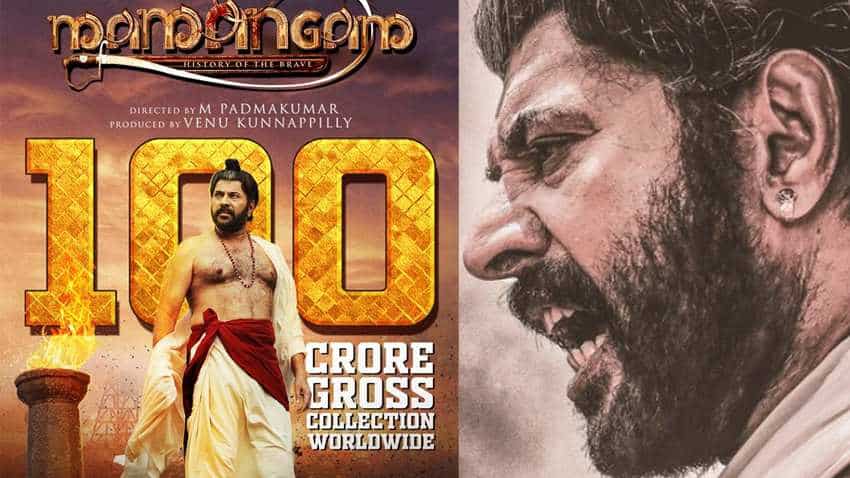 After emerging as a massive blockbuster in terms of box office collection, the film has achieved a big feat by entering prestigious Rs 100 crores club.
Written By: Prashant Singh
RELATED NEWS

Superstar Mammootty's latest blockbuster Mamangam is having a dream run at box office. After emerging as a massive blockbuster in terms of box office collection, the film has achieved a big feat by entering the prestigious Rs 100 crores club. The official Facebook page of Mamangam has confirmed the Rs 100 cr collection development of Mamangam.

Earlier, the movie had earned Rs 60 crore in just 4 days.

Prior to that, in just 2 days, the movie had earned whopping Rs 48 crore at the box office, media reports said.

On its opening day, Mamangam earned Rs 23 crores, and Rs 15 crores on Day 2 in cinemas.

The makers said that the period film portrays a distinct tale and also showcases Kalari -- Indian martial art -- unlike anything seen on screen before.

Actress Prachi Tehlan, who got a chance to work with Mammootty in the film "Mamangam", says it was a dream come true for her to share screen space with the Malayalam cinema doyen.

Mamangam starring popular actor Mammootty was released on December 12. Produced by Venu Kunnapilly, the film has been directed by M Padmakumar. The movie showcases Mammootty as a mysterious character, in a never seen before avatar.