The 61-year-old former chief of erstwhile Kingfisher airlines, who has been out on bail since his arrest in April, arrived for the hearing in Court Room 3 after a number of other extradition cases on schedule for the day. 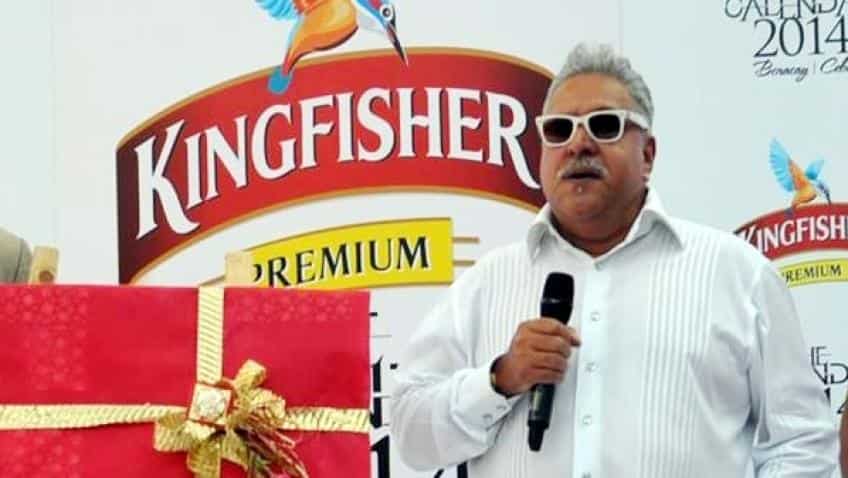 Embattled Indian tycoon Vijay Mallya, who is wanted in India on loan defaults to several banks, today claimed that he has "enough evidence" to plead his case as he appeared before Westminster Magistrates' Court here for his extradition case hearing.

The 61-year-old former chief of erstwhile Kingfisher airlines, who has been out on bail since his arrest in April, arrived for the hearing in Court Room 3 after a number of other extradition cases on schedule for the day.

"I have not eluded any court...I have enough evidence to prove my case," Mallya told reporters outside the court.

Chief Magistrate Emma Louise Arbuthnot will preside over what is referred to as a "case management hearing", when a final hearing date is expected to be set.

Britains Crown Prosecution Service (CPS) will present the case in court on behalf of the Indian authorities.

Mallya's defence team is being led by the firm Joseph Hague Aaronson LLP. They have instructed barrister Clare Montgomery, a specialist in criminal, regulatory and fraud law,to argue in court on their behalf.

The CPS have instructedMark Summers to act as barrister for the CPS Extradition Unit and the Government of India.

Summers is a leading expert in extradition and international law matters.

"There might be a few more hearings in this case in the coming months to deal with case management or any issues that arise, before the final hearing takes place, at which the full arguments from both sides in this case will be heard by the Judge,explainedJasvinder Nakhwal, partner at Peters and Peters Solicitors LLP and member of the UK's Extradition Lawyers Association.

The CPS had met a joint team of Central Bureau of Investigation (CBI) and Enforcement Directorate (ED) officials in London last month to thrash out details of the case.

"Our aim is to build a strong, infallible case and these meetings will help resolve issues across the table. The CPS will be arguing based on documents provided by CBI and ED, therefore a joint team is here to address queries they may have," official sources had said after the meeting held in early May.

A CBI official has also flown in from Delhi for the hearing today.

Last week, Mallya was welcomed with chants of "chor, chor" by Indian cricket fans as he arrived to watch the India vs South Africa Champions Trophy match at The Oval cricket ground in London.

Earlier, he had caused a stir by his attendance of the India vs Pakistan match in Birmingham after which he had declared on Twitter that he would be attending all India matches in the ongoing ICC Champions Trophy.

Mallya, who is wanted in India for Kingfisher Airlines' default on loans worth nearly Rs 9,000 crores, has been in the UK since March 2016 and was arrested by Scotland Yard on an extradition warrant on April 18.

He had attended a central London police station for his arrest and was released on conditional bail a few hours later after providing a bail bond worth 650,000 pounds, assuring the court of abiding by all conditions associated with extradition proceedings, such as the surrender of his passport and a ban on him possessing any travel documents.

An initial case management hearing date of May 17 had been postponed to June 13.

If the District Judge rules in favour of extradition at the end of the trial, the UK home secretary must order Mallyas extradition within two months of the appropriate day. However, the case can go through a series of appeals before arriving at a conclusion.

India and the UK have an Extradition Treaty, signed in 1992, but so far only one extradition has taken place under the arrangement Samirbhai Vinubhai Patel, who was sent back to India last October to face trial in connection with his involvement in the post-Godhra riots of 2002.

However, unlike Mallya, he had submitted to the extradition order without legal challenge. PTI AK ASK ZH AKJ

Minister of State for External Affairs V K Singh today said all necessary steps have been taken to bring back embattled tycoon Vijay Mallya from the UK but, "as of now", no timeframe can be specified for his extradition.

Singh told reporters here that the documents required for the purpose of extradition have been sent to the UK.

"...They are examining the papers and we are waiting. Whenever the UK gives a go ahead, Mallya can be brought back to India," he said.

Extradition is not as easy and simple as people think, the union minister said, adding that some conditions are laid down when an extradition treaty is signed with a country.

The UK and its laws believe that if someone enters their country with a valid passport which is later cancelled they would not take action, he said.

"From India's side, the documents required for the purpose have been sent on behalf of the Enforcement Directorate (ED) to the UK authorities who are examining the papers before taking a decision," Singh said.

"No timeframe can be specified now as to when the liquor baron would be brought back to India," he said.

The minister's statement came on a day when Mallya, who is wanted in India on loan defaults to several banks, is set to appear before the Westminster Magistrates' Court in London for his extradition case hearing.

The 61-year-old former chief of erstwhile Kingfisher Airlines has been out on bail since his arrest in April.

On Kulbhushan Jadhav case, Singh said India had moved the International Court of Justice on the matter as it accused Pakistan of violating the Vienna Convention and conducting a "farcical trial" for convicting Jadhav without a "shred of evidence".

To a query on whether the Hurriyat Conference should be declared a terror outfit in Jammu and Kashmir, Singh said that the matter pertains to Home Ministry which is taking necessary steps. "It will not be appropriate on my part to interfere," he said.

"Everybody knows from where Hurriyat is getting funds. It is well known that the activities they indulge in are like that of terrorists," Singh said, adding a decision would be taken keeping everything in mind.

The National Investigation Agency is probing the alleged terror-funding to separatist leaders in Kashmir.

Singh, who is on a visit to Odisha to take part in "Sabka Saath Sabka Vikas" programmes in several areas to mark the completion of three years of Narendra Modi Government, said the purpose of the programme is to present a report card on the Centre's performance before the people.

"The programme is not politically driven but aimed at making people aware of the achievements made during the last three years to steer the country on the path of progress," he said.