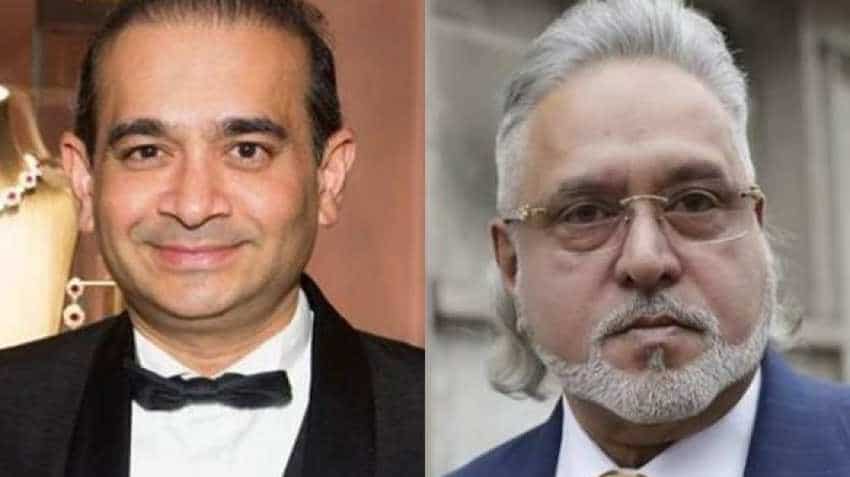 The stage is set for a busy period of Indian extradition-related activity in the UK courts as liquor baron Vijay Mallya's High Court appeal moves forward for a judge's verdict on paperwork and fugitive diamond merchant Nirav Modi returns to Westminster Magistrates' Court here for a second bail hearing on Friday. "All the papers have been received and are now awaiting allocation to a single judge who will decide, on the basis of those papers, if permission is given to go to a full hearing," said a spokesperson for the UK judiciary, in reference to Mallya's application seeking an appeal against his extradition ordered by the magistrates' court and then signed off by UK home secretary Sajid Javid last month.

While there is no set timescale for the judge to pronounce a decision on whether Mallya will be granted an appeal in the UK High Court, a decision is likely within the next few weeks. The 62-year-old former Kingfisher Airlines boss, wanted in India on alleged fraud and money laundering charges amounting to about Rs 9,000 crore, took to social media yet again to claim  unfair treatment in the context of struggling Indian airlines Jet Airways being thrown a lifeline by public sector banks.

In her ruling at the end of his extradition trial in December last year, Chief Magistrate Emma Arbuthnot had concluded that Mallya has a case to answer in the Indian courts over substantial  "misrepresentations" of his financial dealings. "There is clear evidence of dispersal and misapplication of the loan funds and I find a prima facie case that Dr Mallya was involved in a conspiracy to launder money," she noted.

Now, the same judge is expected to preside over the next major Indian extradition trial to come before the Westminster Magistrates' Court, that of diamantaire Modi ? wanted for alleged  "high value and sophisticated" fraud and money laundering amounting to USD 2 billion. "He is expected to be produced before the court for a second bail application hearing on March 29," a court official said.

Meanwhile, the 48-year-old has been lodged in HMP Wandsworth prison in south-west London since last Wednesday, when a judge had declined his request for bail on the grounds that he  posed a flight risk. Describing him as the "opposite of a flight risk" during the first bail application hearing last week, Modi's defence team had offered 500,000 pounds as security and also submitted to any  stringent conditions that may be imposed upon their client.

It remains to be seen how they would further bolster that offer in order to convince the judge to grant bail during the second hearing, following which the case will proceed to a series of case  management hearings and setting of a trial date. Modi was arrested by the Scotland Yard officers from a bank in central London as he attempted to open a new bank account on March 19.

During his first court appearance a day after, it emerged that the diamantaire accused of defrauding India's state-owned Punjab National Bank (PNB) via fraudulent Letters of Undertaking  (LoUs) had been in possession of multiple passports, since revoked by the Indian authorities. While one passport is now in possession of the Metropolitan Police, a second expired passport is lying with the UK Home Office and a third with the UK's Driving and Vehicle Licensing  Authority (DVLA) for a driver's licence.

Besides the passports, Modi also possesses multiple residency cards, some of them expired, but covering countries such as the UAE, Singapore and Hong Kong. His defence team tried to establish his very "visible" and "lawful" residence at his luxury Centre Point apartment in London's West End, paying his local council tax and also using a National  Insurance number, allocated to legal UK residents for purposes of work.

The Crown Prosecution Service (CPS), arguing on behalf of the Indian authorities, had challenged all claims to counter the first bail plea and pointed out that Modi had "deliberately evaded  justice" and not returned to India despite a series of criminal summons issued by Indian courts. The CPS will now be joined by a joint Central Bureau of Investigation (CBI) and Enforcement Directorate (ED) team that has arrived from India to assist with Modi's extradition case.